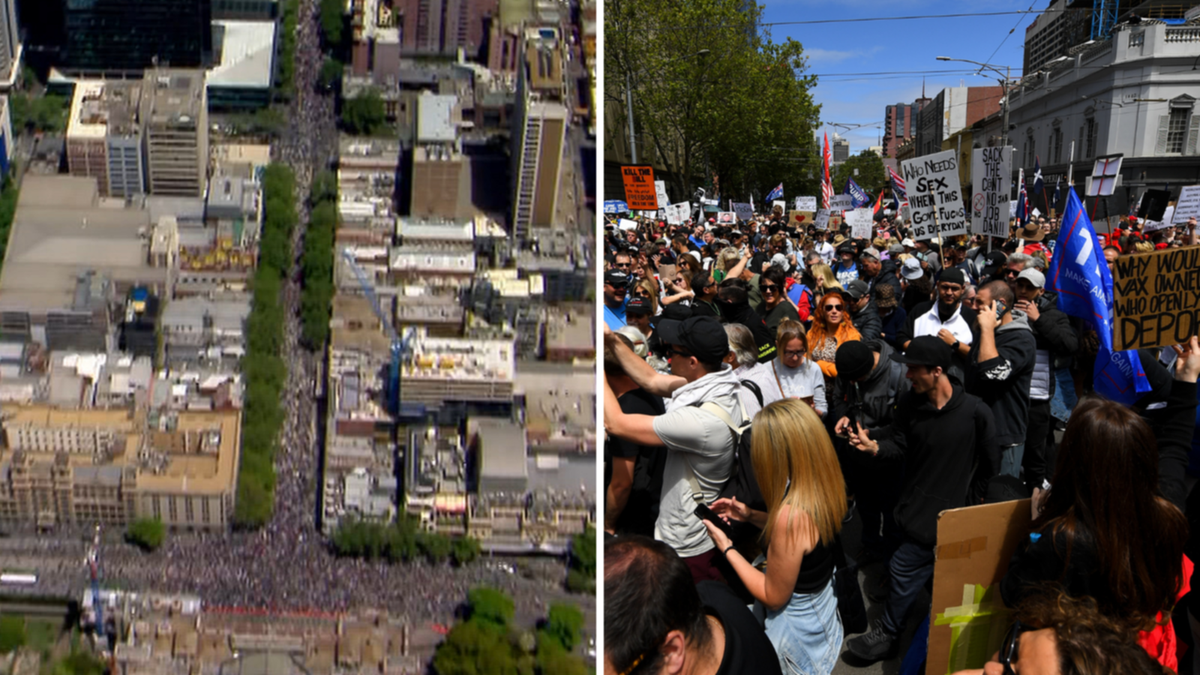 Thousands of people are gathering in the hearts of Australian cities to protest COVID-19 restrictions and vaccination mandates.

The biggest protest on Saturday appears to be unfolding in Melbourne, where a string of demonstrations had been held this week against the state’s proposed pandemic laws.

Opponents of the bill argue it gives Premier Daniel Andrews too much power.

Demonstrators marched down Bourke Street and have gathered at Parliament House on Spring Street.

A large rally is also being held in Sydney, with corresponding events planned in Brisbane, Perth, Adelaide and Hobart, as well as some regional centres.

Counter-protests, organised by anti-racism and fascism activists, have also been held on Saturday.

A line of police was seen at a pro-vaccination rally in Melbourne – in place to keep the two parties separated.

This is a developing story. More to come.