The burger giant said it will continue paying its 62,000 employees in Russia “who have poured their heart and soul into our McDonald’s brand.” But in an open letter to employees, McDonald’s President and CEO Chris Kempczinski said closing those stores for now is the right thing to do.

Mr Kempczinski said it’s impossible to know when the company will be able to reopen its stores.

“The situation is extraordinarily challenging for a global brand like ours, and there are many considerations,” Mr Kempczinski wrote in the letter. McDonald’s works with hundreds of Russian suppliers, for example, and serves millions of customers each day.

McDonald’s has also temporarily closed 108 restaurants in Ukraine and continues to pay those employees.

McDonald’s could take a big financial hit because of the closures. In a recent regulatory filing, the Chicago-based company said its restaurants in Russia and Ukraine contributed nine per cent of its annual revenue, or around US$2 billion ($2.75 billion).

Unlike other big fast food brands in Russia that are owned by franchisees – including KFC, Pizza Hut, Starbucks and Burger King – McDonald’s owns 84 per cent of its Russian locations.

McDonald’s said it has donated more than US$5 million ($6.88 million) to its employee assistance fund and to relief efforts. It has also parked a Ronald McDonald House Charities mobile medical care unit at the Polish border with Ukraine; another mobile care unit is en route to the border in Latvia, the company said.

Pressure has been mounting for McDonald’s and other companies like Coca-Cola and PepsiCo that remain in Russia to pull out. Many corporations have ceased operations in the country in protest of the Ukraine invasion. 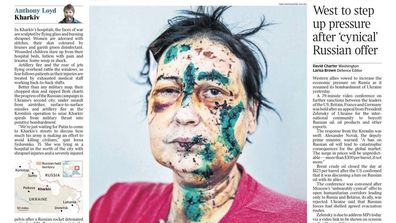 Among them is consumer goods conglomerate Unilever, which on Tuesday said it has suspended all imports and exports of its products into and out of Russia, and that it will not invest any further capital into the country.

Last week, New York State Comptroller Thomas DiNapoli – a trustee of the state’s pension fund, which is a McDonald’s investor – sent a letter to McDonald’s urging it to consider pausing its operations in Russia.

“We believe that companies that continue to operate in Russia and invest in Russian assets face significant and growing legal, compliance, operational, human rights and personnel and reputational risks,” Mr DiNapoli wrote.