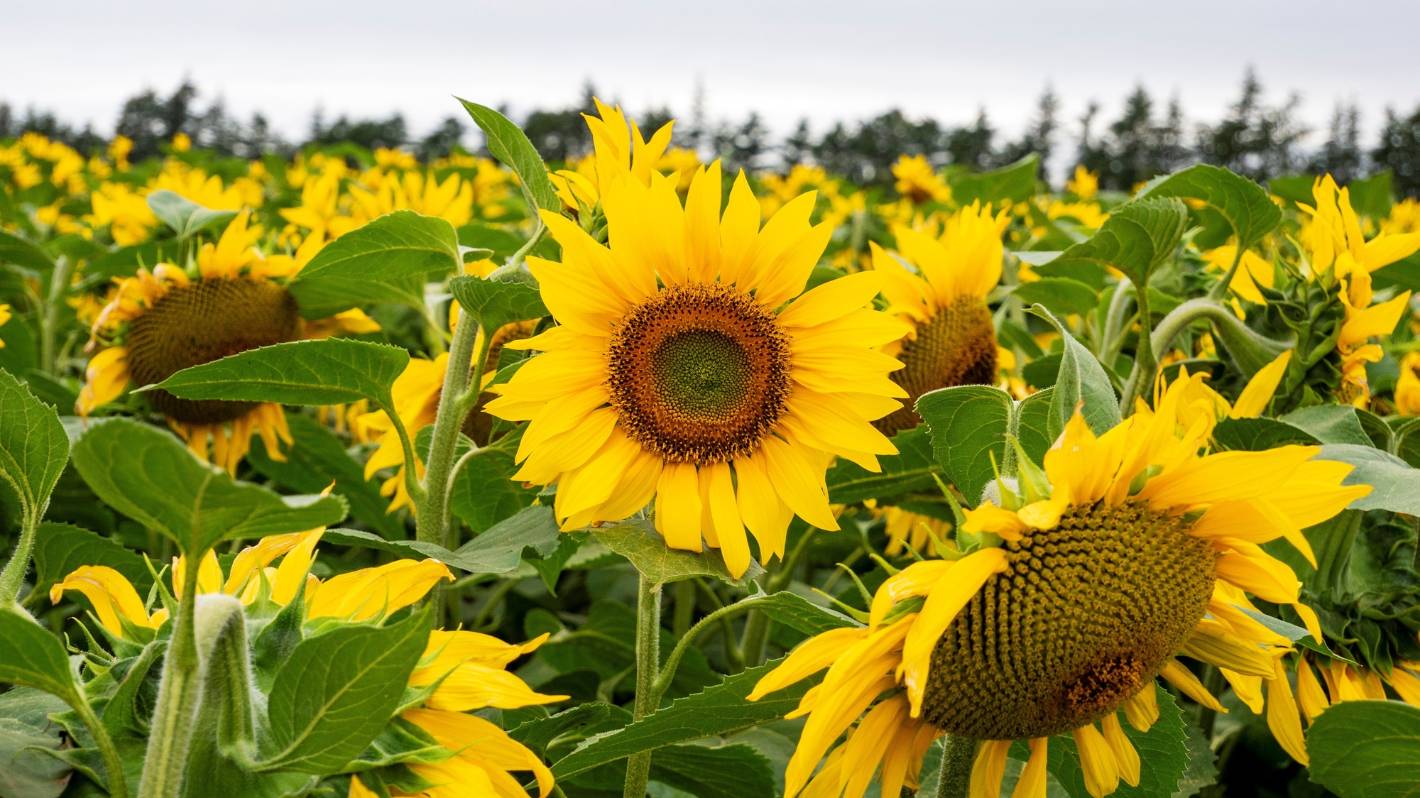 Growing sunflowers to produce hi-oleic oil could provide additional income for New Zealand growers as a rotational crop during the summer period, new research from the Foundation for Arable Research has found.

Farmers could earn extra money by growing sunflowers as a rotational crop in the summer, new research from the Foundation for Arable Research has found.

Demand for hi-oleic sunflower oil, a quality oil with a high smoke point, was growing. The oil is low in saturated fat and high in monounsaturated fat, the foundation said.

The three-year project, which received $90,000 from the Ministry for Primary Industries Sustainable Farming Fund (now called the Sustainable Food and Fibres Future fund), looked at crop options that could raise profitability and provide alternative land uses.

High-oleic varieties of sunflowers were identified as a promising crop. More than 20 growers had been involved and the product had been used by potato chip manufacturers for frying. Extra virgin sunflower oil produced by the growers could be purchased under “The Good Oil” brand in supermarkets.

The project had focused on sunflower agronomy over the past two years, in collaboration with Pure Oil NZ, which provided grower contracts and extracted the oil from the seed.

The researchers were especially interested in determining how growers could produce a profitable crop in sufficient quantities to meet demand. They trialled two lines of hybrid seeds from France.

“We’ve established that growers need at least 60,000 plants per hectare to have a successful crop,” Lawrie said.

Clayton Marr with the field of thousands of sunflowers he has grown to sell to passing customers.

“Growers need reasonably big paddocks to contend with bird damage because unfortunately birds are especially keen on the sunflowers. The project has looked at some of the optical and sonic devices currently available to deter birds, and further work is required in this area.”

Sunflowers grew at a time of year when there was little competition from other crops and required minimal use of chemical and fertilisers to grow. The cost per hectare to grow the sunflowers was low and once established, they didn’t require much attention until harvest.

The plants were also deep-rooted and provided good soil aeration and conditioning for the following crop. Sunflowers had been shown to be a good predecessor crop for wheat, Lawrie said.

After the oil had been pressed, the remains were also good for animal feed products. Proximity to processing plants was key, however. Trials had been conducted in mid and north Canterbury because that was where the oil crushing plant was based.

“But we’re increasingly getting calls from growers in other regions, including the North Island, who are keen to give it a go. However, they’d need to factor in the cost of freight to get their sunflowers processed.”

Current quantities were sufficient to supply the domestic market, but volumes would need to be bigger to sell to export markets, Lawrie said.

“With low inputs and easy-care growing needs, sunflowers could be an ideal spring option to complement the oilseed rape currently grown in South Canterbury. The more options our growers have to fill the gaps during off-peak growing seasons, the better off they will be,” he said.