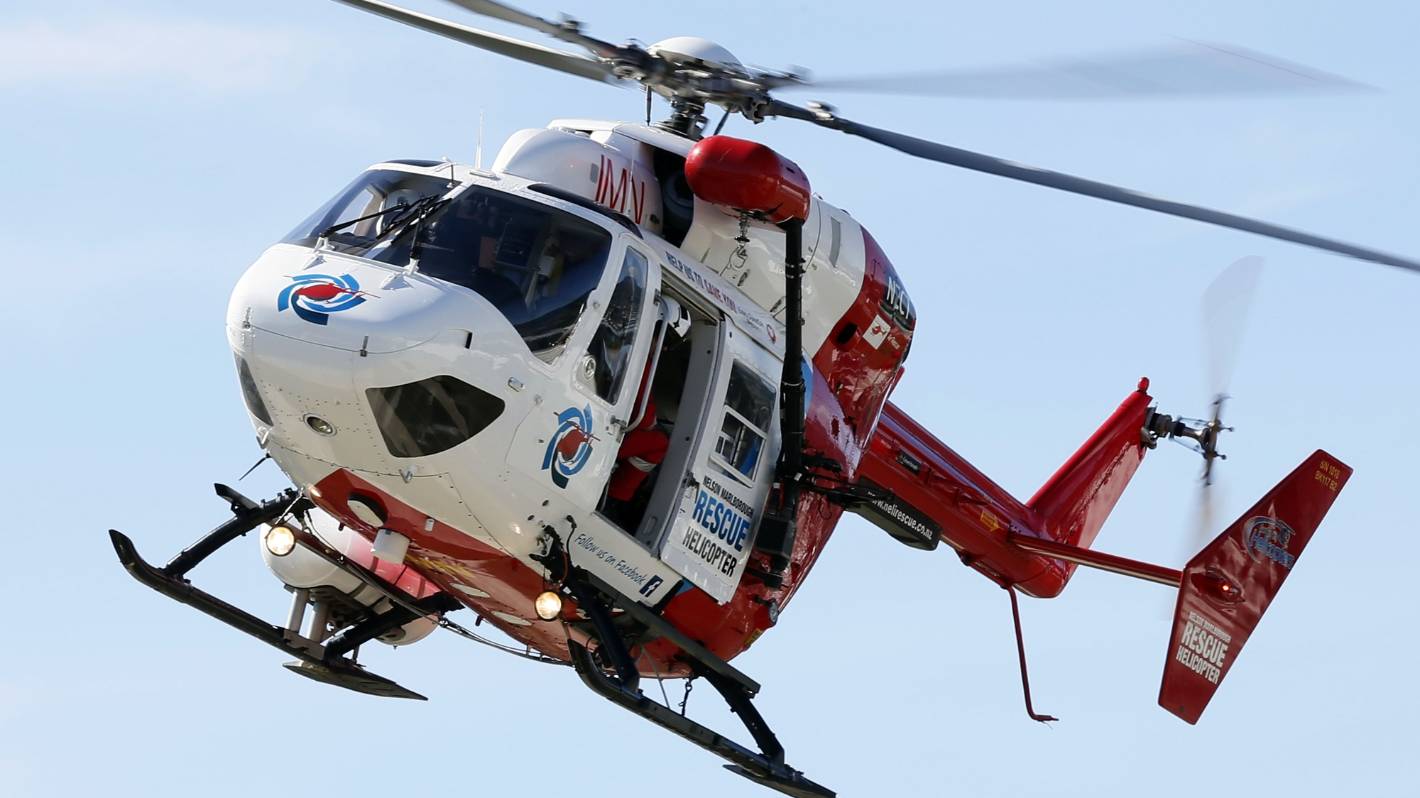 The Nelson Marlborough Rescue Helicopter was in the air three times between 12.30pm on Sunday and 1am on Monday. (File photograph)

A man was flown to Hutt Hospital by Nelson Marlborough Rescue Helicopter after his fingers were partially amputated in a hydraulic log splitter at Wakefield.

Pilot Brendan Hiatt said the chopper crew received the call-out about 3.30pm on Sunday to Wakefield, 22km south of Nelson.

Earlier, at 12.30pm, the crew responded to a medical event on D’Urville Island, from which one patient was flown to Nelson Hospital.

The chopper was back in the air at 1am on Monday for crew members to pick up a man who was injured when the car he was in rolled several times along Tadmor Valley Rd, near Tapawera.

He was flown to Nelson Hospital.

Fire and Emergency NZ and police also attended. A police spokeswoman said police were notified just before 12.50am with officers at the scene of the crash until just after 2.30am.