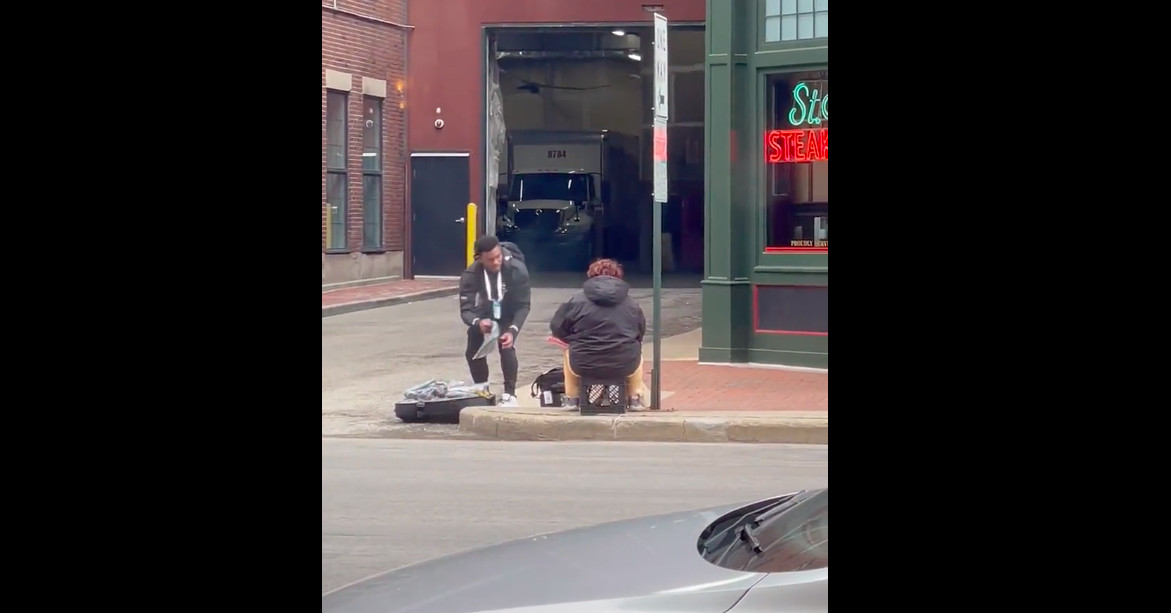 There are going to be mountains of criticism and critiques as we lead up to the draft, with the minutia of prospects picked apart ad nauseam. However, everything is pointing to Malik Willis being a good dude.

Willis was spotted on the sidewalk of Indianapolis talking to a person who was sitting on a milk crate and asking passers by for money. The Liberty QB didn’t open up his wallet, but instead cracked open his suitcase to hand over clothes to help the needy individual.

Was having lunch yesterday and saw one of the Combine guys helping out someone on some hard times…@malikwillis being great even when nobody is watching. How can you not be a fan of this guy? pic.twitter.com/BmFzUM66NU

It would have been easy to just walk by, hell, hundreds of people probably did that day — but Willis didn’t. There was no knowing someone could be across the street filming him, and he was alone during a break. This wasn’t an effort to earn brownie points, or have people notice him being a good guy, it just came naturally.

We tend to go way too far talking about the “character” of athletes, but this is a case where it matters. Like the tweet says, how could you not root for this guy? Football concerns aside, he just seems like a genuinely great dude, and it’s always great when your team selects someone that makes you feel good about having them join your team.