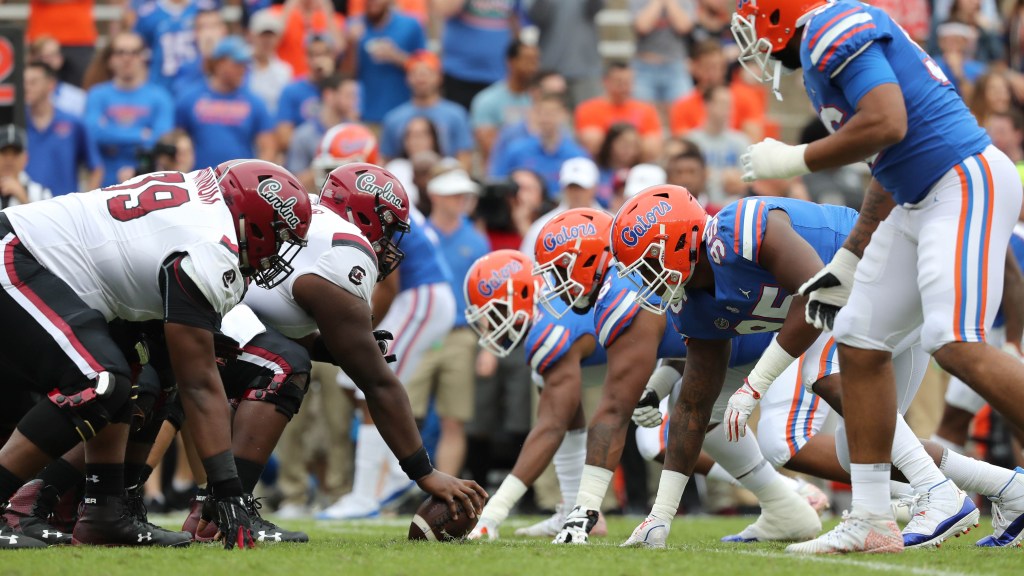 Florida is in a must-win situation on the road against South Carolina this week. Dan Mullen needs to win out and to do well in whatever bowl game the Gators can manage to make, and it starts in Columbia on Saturday.

Anthony Richardson‘s status is still up in the air, but a concussion has limited him in practice this week. That means all eyes will be back on Emory Jones. If he can play as he played against Tennessee or Vanderbilt, Jones’ weekly turnover or two shouldn’t matter in the end.

Mullen has an opportunity to take advantage of a weaker team and get the ball to some key playmakers. Jacob Copeland has been hurting for targets all year and Dameon Pierce can run the ball against anyone. Both guys should be able to pad their numbers a bit this week.

Rashad Torrence had a big week against Georgia with three turnovers in the loss, and South Carolina struggles to hold onto the ball at times. Zachary Carter is another Gator on defense to watch out for this week. He hasn’t had a big game since he opened the season with three sacks, but feasting on this final stretch could boost his draft stock a ton.

The Gamecocks have one major threat on offense and its senior receiver Josh Vann. He leads the teams in receiving yards (431) by a large margin, and running the ball isn’t exactly a strength for South Carolina. Tight end Jaheim Bell has the next most yards on the team with 278 and he’s brought in two touchdowns this year, the same as Vann.

On defense, Jaylan Foster has been a standout performer for South Carolina with five interceptions. It’s no secret that Florida has been a turnover factory this year, so Foster must be licking his chops in anticipation of this matchup.

Then, there are the big men up front, defensive tackle Zacch Pickens and EDGE Kingsley Enagbare. Pickens was the No. 8 overall recruit on the 247Composite List in 2019 and is No. 217 on the site’s all-time list with a composite score of .9946 of 1.000. He now leads the Gamecocks in sacks (3.5) and tackles for loss (4.5). Enagbare has a team-high eight quarterback hurries and a forced fumble.

Florida should have the talent to overcome South Carolina, but the Gamecocks won’t just roll over with this much talent on the field.