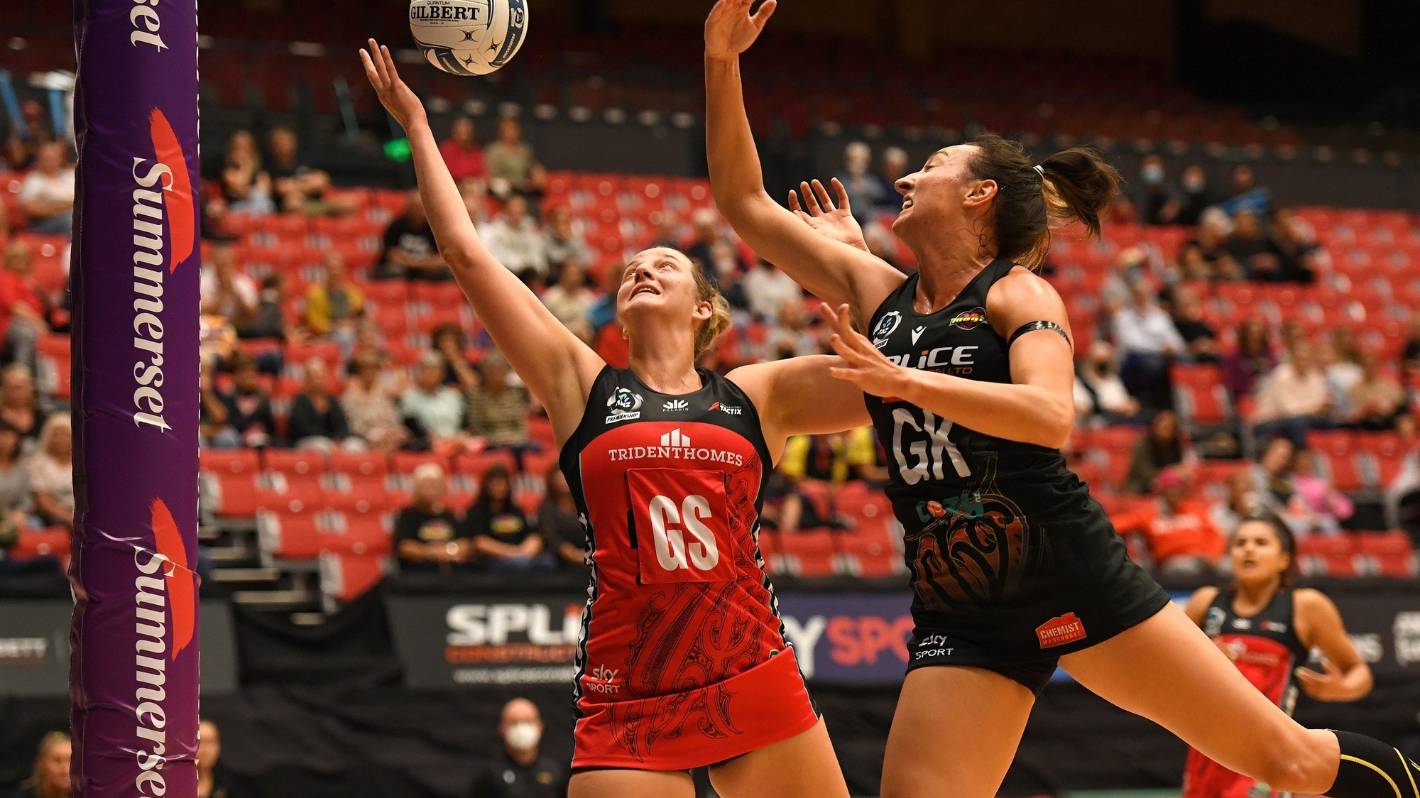 The Mainland Tactix are on the board in the ANZ Premiership for 2022 after beating the Waikato-Bay of Plenty Magic to close out round three.

Ellie Bird shot at 96 per cent as the Tactix went from trailing by four midway through the third quarter to winning by seven, 61-54, as the final whistle blew.

The win at Trustpower Baypark Arena in Mount Maunganui was the first this season for last season’s runners-up.

Netball historians uncover the incredible story of the woman behind a name on a team list.

For the Magic it was a second loss in a row after their season-opening win over the Northern Mystics.

The Magic started with Bailey Mes at goal shoot and Ameliaranne Ekenasio at goal attack, after they lined up the other way around last weekend in Ekenasio’s debut for the franchise.

With their two Silver Ferns leading the way, the home team opened up an early lead, but the Tactix came surging back to open up a 14-11 lead at the end of the first quarter.

The Tactix’ own Silver Ferns shooter, Te Paea Selby-Rickit, was having a strong performance, and the two sides quickly became locked in a goal-for-goal battle, with the Magic taking a slender, one-goal advantage into the halftime break.

Ekenasio went to the bench at the start of the third quarter, having played twice as long as she did in her last outing, which was her first game since the birth of her second child.

That left the Magic with a rejigged attacking unit featuring Ivana Rowland at goal shoot, Mes at goal attack, and Ariana Cable-Dixon at wing attack.

Cable-Dixon was returning after having a baby herself, but slotted back in seamlessly as the Magic kept their noses in front for most of the third quarter.

But after growing their lead to four goals with just over six minutes to the break, the goals dried up and the Tactix scored eight unopposed to start an 11-1 run.

As a result, they were up by five at the start of the final quarter and there was no way back for the Magic from there, even though they went on a six-goal run to help make the final margin respectable.

Silver Fern Karin Burger led the way for the Tactix at the defensive end of the court, especially so when she stepped out from goal defence to wing defence.

Midway through the third quarter, Tactix coach Marianne Delaney-Hoshek shuffled things around at the defensive end, moving Kate Lloyd from goal keep to goal defence, Karin Burger from goal defence to wing defence, Charlotte Elley from wing defence to the bench, and Kelera Nawai-Caucau from the bench to goal keep. From there they outscored the Magic 12-4 to end the quarter, taking a lead they never relinquished.

6/10: This match was competitive for long stretches and there were plenty of momentum swings, with both teams going on big scoring runs at different stages.

With a win under their belt, the Tactix play in Auckland twice next weekend, against the Stars on Saturday and the Northern Mystics on Sunday. The Magic are only in action once, hosting the Central Pulse in Hamilton on Sunday as they search for a second win.