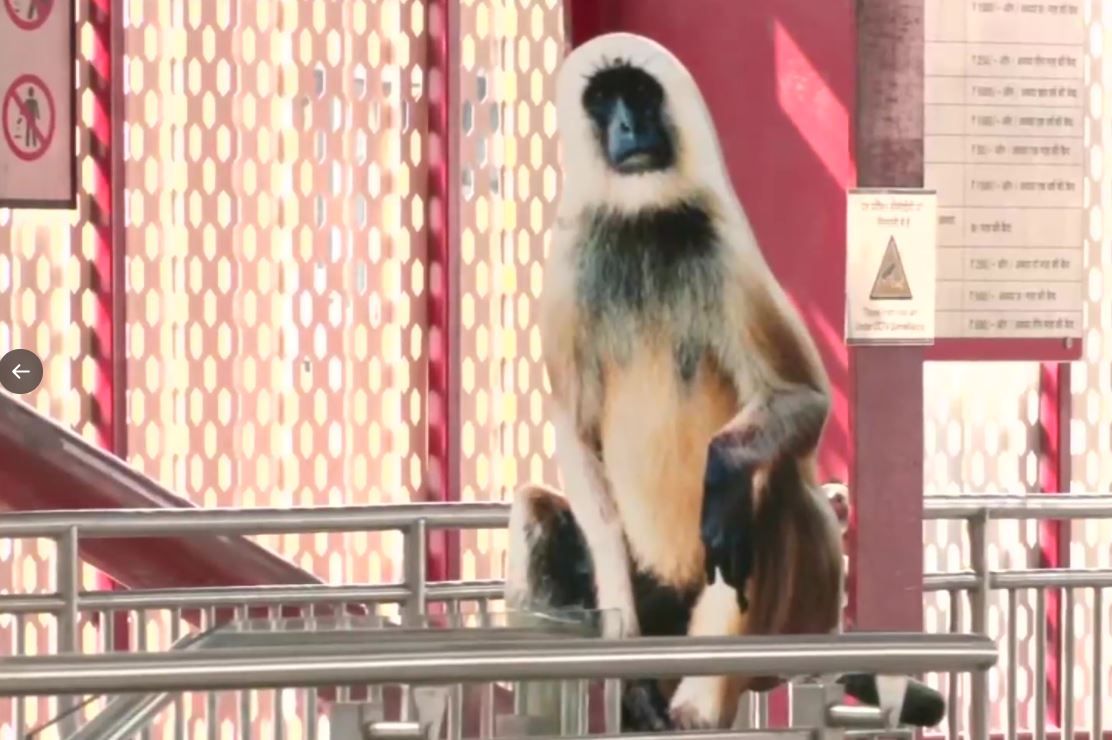 Lucknow: In a bid to fight the monkey menace at various metro stations across the capital city of Lucknow in Uttar Pradesh, the metro authorities have come up with an innovative way to tackle the problem. To combat the issue and scare away the monkeys roaming around the stations, the authorities have placed cutouts of langurs at nine metro stations that are experiencing monkey menace. According to a metro official, earlier the sound of langurs screaming was played, but that didn’t turn out enough to shoo away the monkeys.Also Read – Monkey Snatches Rs 1 Lakh From Man in Autorickshaw, Throws Currency Notes on Road

Speaking to news agency ANI, Vivek Mishra, station controller said, “Initially, we played voices of ‘angry Langur’. It did have some impact but not long-term. So, the mgmt decided to display these cutouts. When voices were played with cutouts, the effect was seen. We change the positions of the cutouts regularly.” Also Read – Naughty Monkey Takes a Ride on Deer’s Back, Viral Video Leaves Netizens Laughing | WATCH

This is not the first time the cutouts of langurs have been used to scare away monkeys, earlier in May this year, the Indo-Tibetan Border Police (ITBP) had also posted cutouts of langurs in and around the premises of the 500-bed Sardar Patel Covid Care Centre (SPCCC) in New Delhi’s Chhatarpur to combat the issue faced by the patients there. The cutouts of langurs appeared to be quite efficient in keeping monkeys away from the COVID-19 care center, according to ITBP sources. Also Read – Hilarious Video of Monkey Wearing a Mask & Roaming Around Will Leave You in Splits | Watch