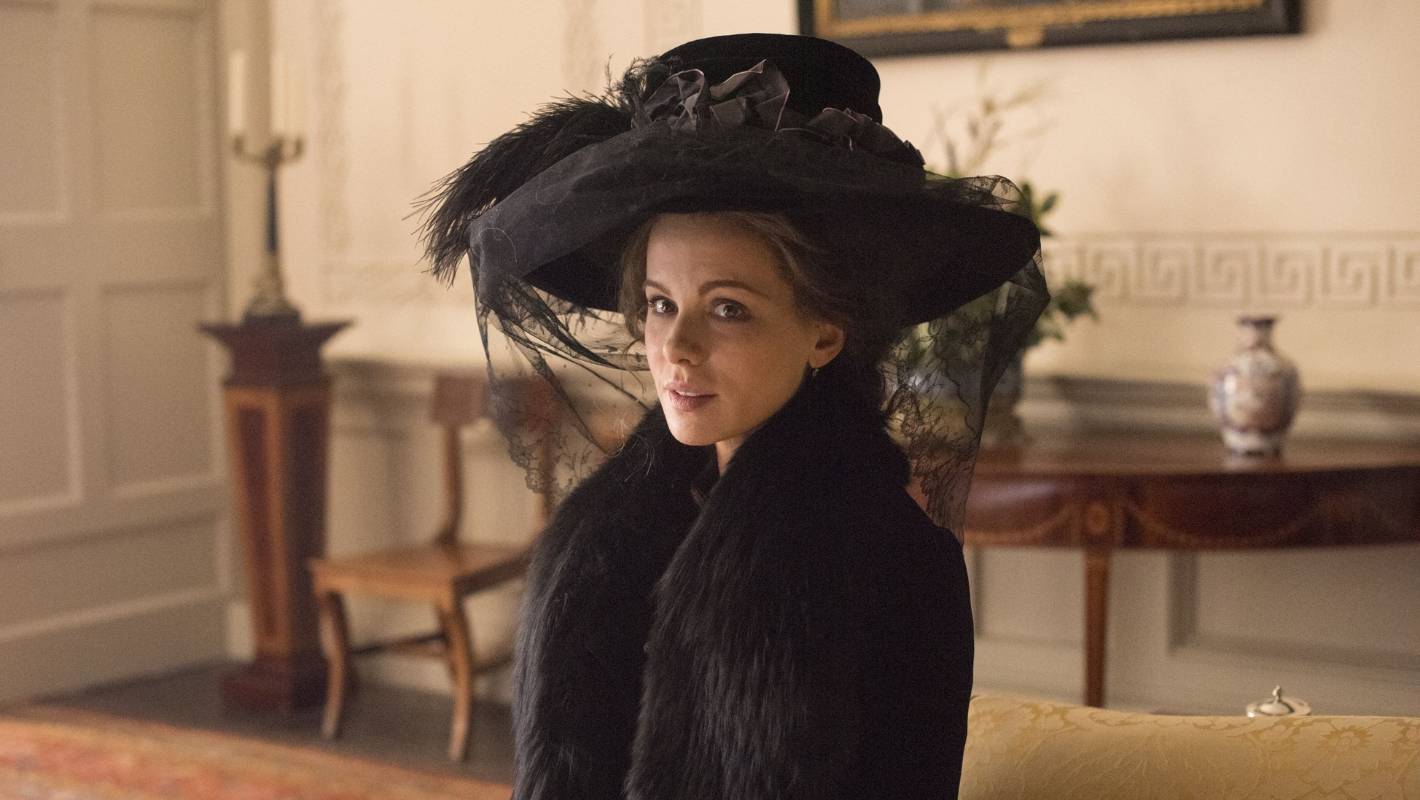 Churchill wouldn’t be Lady Susan Vernon’s (Kate Beckinsale) first choice of residence. But the widow doesn’t have much choice after being ousted from the home of Lord and Lady Manwaring.

Rumours swirl around the reason for her need to come and stay at her brother-in-law Charles’s (a delightful  Justin Edwards) country home and her reputation proceeds her. But despite knowing she is a determined and accomplished flirt, Charles’s own brother-in-law Reginald (Xavier Samuel) falls under her spell.

Love and Friendship star Kate Beckinsale talks about her new movie and what Jane Austen would think about Tinder.

Things get complicated when Lady Susan’s daughter Frederica (Morfydd Clark) first escapes and then is expelled from her boarding school, turning up at Churchill pursued by the wealthy, but dim Sir James Martin (a scene-stealing Tom Bennett). Then, Reginald’s belief that he and Lady Susan are to wed is put to the test when she suddenly decamps to London. He pursues her, but an unfortunate encounter with Lady Manwaring and her insistence on reading a private note threatens to lay Lady Susan’s ultimate plans bare.

Based on an epistolary novel (Lady Susan) eventually published more than 50 years after Jane Austen’s death, this witty 2016 black comedy of manners and machinations feels like it has more in common with the works of Oscar Wilde and Wes Anderson than Sense & Sensibility.

In writer-director Whit Stillman’s (The Last Days of Disco, Damsels in Distress) hands, the tale also has an air of Mildred Pearce or Dirty Rotten Scoundrels about it, as Lady Susan seems unfazed by the slings and arrows of misfortune flung at her and treats every setback with a throwaway bon mot or haughty denial. “Facts are horrid things,” she laments at one point, before later confiding to her American friend Alicia Johnson (Chloe Sevigny) that, “I had a feeling that the great word ‘respectable’ would some day divide us”.

That the luminous Beckinsale is our corseted anti-heroine helps immensely. While best-known in the previous decade for a string of latex-clad action roles, this evokes memories of her sterling work in the likes of Much Ado About Nothing and Cold Comfort Farm and in the 1990s.

Throw in a taut running time that keeps the action moving swiftly, sumptuous costumes, an evocative soundtrack and hilarious Royal Tenenbaum-esque portrait-style introductions to all the main players and you have one of the most entertaining 18th Century-set stories of the past few years.

Love & Friendship is now available to stream on  Māori TV OnDemand. A version of this article first appeared in July 2016.