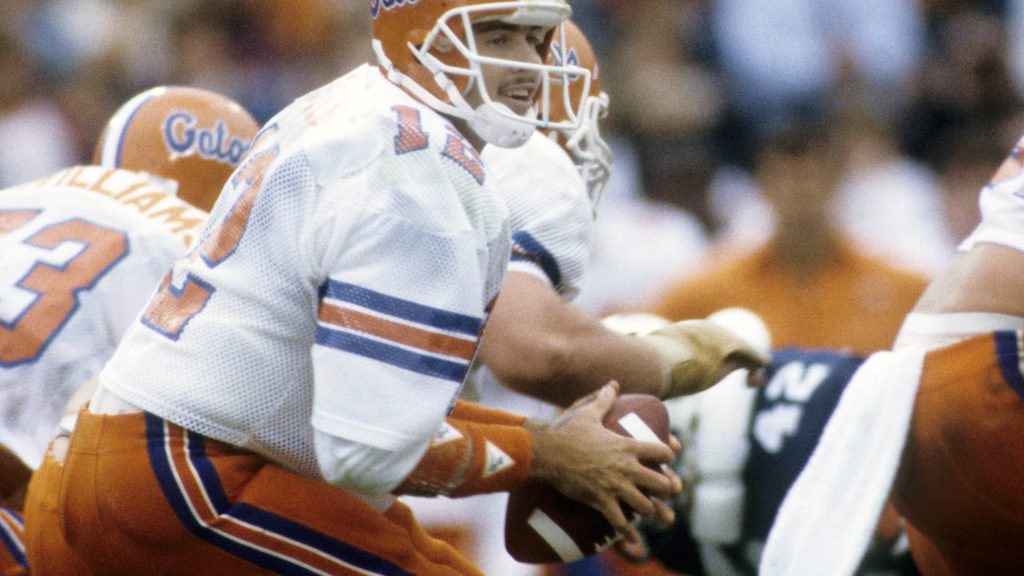 The early 1980s was a time when Florida football emerged from an embarrassing winless season in 1979 to become one of the preeminent programs in the nation to start the decade. From the ashes of the late 1970s rose a high-flying Phoenix to kick off the next decade.

That success was ultimately Pyrrhic due to head coach Charlie Pell’s confessed rules violations stemming from back to 1982, which resulted in the nullification of Florida’s first-ever SEC title in 1984. Further, sanctions were imposed that left the team ineligible for bowl games and ultimately a shot at the national championship.

However, the Gators’ run of three straight seasons with nine wins produced an immense amount of memorable moments that included a handful for future NFL regulars. One of the wins that stands out the most is UF’s shutout victory over UGA in Jacksonville way back in 1984.

You can watch the game in an abridged form below.

Florida’s 27-0 win over Georgia that year was a momentous one for many reasons. After losing its first game of the season to the Miami Hurricanes in Tampa and tying its next match with LSU at home, UF went on to win the remainder of its schedule resulting in an undefeated record in SEC play and its first-ever SEC title, with the biggest win coming against the ‘Dawgs on November 10.

The victory also snapped a six-game losing streak against Georgia dating back to 1978 that included several defeats with conference championships at stake, finally bringing vindication to the UF faithful.

The 1984 game between Florida and Georgia has been historically known for Kerwin Bell’s toss to Ricky Nattiel from his own endzone for a 96-yard touchdown which stifled a Bulldog rally and broke the game open. Some may say it was payback for the Buck Belue to Lindsey Scott heart-breaking throw four years earlier to steal a win from the Gators — and many would strongly agree.

That 1983-1985 team ultimately produced five first-round picks in the NFL Draft — seven if you include John L. Williams and Neal Anderson, who were drafted at No. 15 and No. 27 in 1986, respectively, and played major roles in one of the greatest games in Florida Gators history.

[Editor’s note: This article was originally published prior here at Gators Wire and was republished with minor changes.]