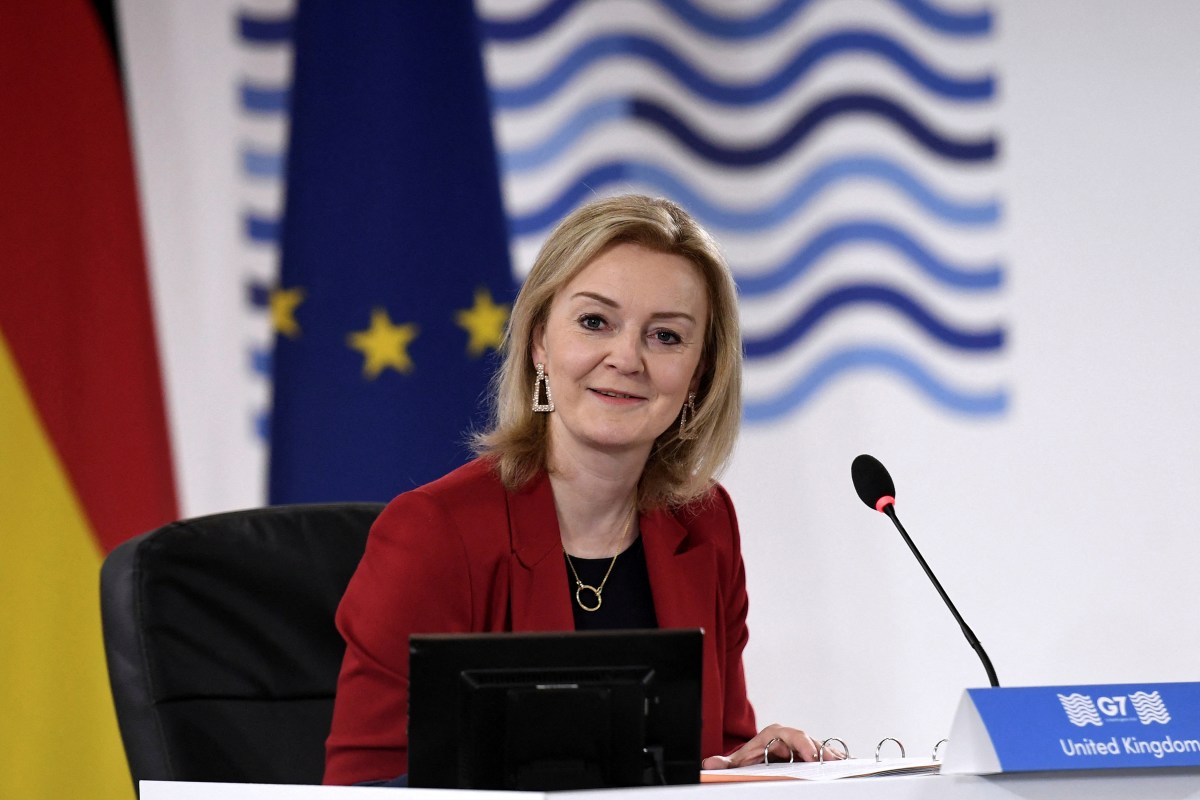 LIZ Truss today takes the reins on Brexit talks for the first time – by telling the EU to back off over their Northern Ireland threats.

The Foreign Secretary takes on the thorny issue for the first time after Brexit chief Lord Frost dramatically quit at the end of last year.

She will flash her credentials in crunch talks with Vice President of the European Commission Maroš Šefčovič at Chevening House today for the latest discussions over the protocol.

Officials will lay on a welcome dinner of Scottish smoked salmon, Welsh lamb and Kent apple pie to woo negotiators ahead of two days of intense talks.

She warned last weekend she would tear up the hated Northern Ireland protocol by triggering Article 16 if she had to – in order to stop the checks at ports which cut firms off from the rest of the UK.

Ahead of the summit at the Foreign Secretary’s official residence in Kent, Ms Truss said: “There is a deal to be done that protects peace in Northern Ireland, defends our Union, and maintains the integrity of the United Kingdom and EU.

“But it will require a pragmatic approach from the EU.”

An ally of the Foreign Secretary insisted she wanted to make “urgent” progress, adding: “She sees these talks as a reset moment.

“She’ll be putting forward common sense proposals to fix the problems affecting people and businesses in Northern Ireland, but starting from the basis that Northern Ireland is not in the single market.”

Lord Frost, who threw in the towel last month, has warned the PM he must change course or risk losing the next election.

The ex-Cabinet minister, who negotiated our historic Brexit agreement, said he had “concerns about the current direction of travel” and was firmly opposed to the PM’s Plan B Covid rules.

France must ‘back off’ and drop ‘unreasonable’ fish threats within 48 hours or spark trade war with Britain, Truss warns