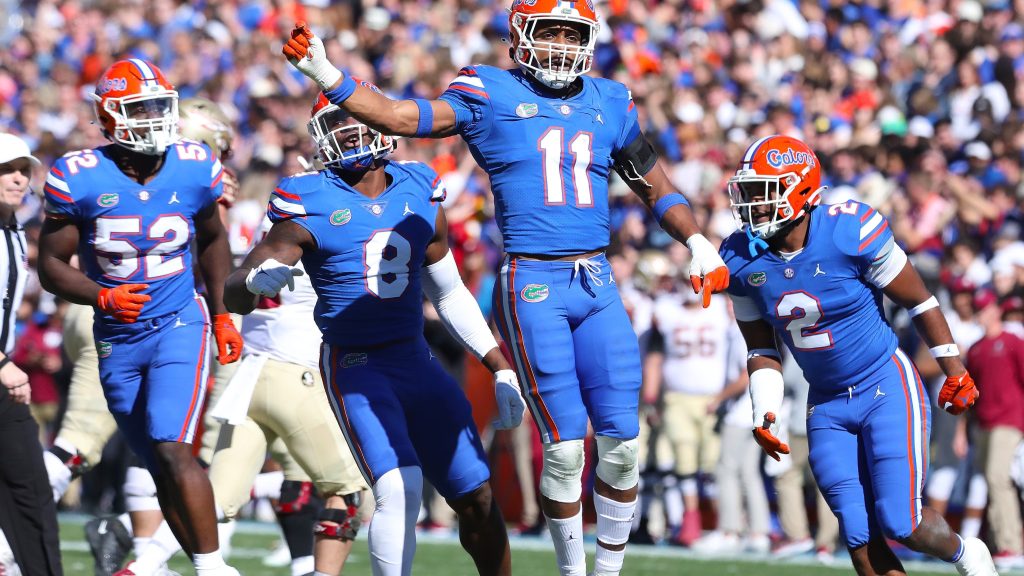 Florida football lost another player to the transfer portal on Friday afternoon when junior linebacker Mohamoud Diabate announced his intent to exit the program. The news was first reported by Matt Zenitz of On3 Sports on Twitter and marks the fifth Gator to enter the portal since the end of the regular season.

Diabate played in all 12 games for Florida this year, starting 10 at the linebacker position, while leading the team with 89 total tackles. While he did not register any sacks in 2021, he did manage 2.5 tackles for losses, snagging a half tackle against the Alabama Crimson Tide while notching one in each of the final two games against the Missouri Tigers and Florida State Seminoles; he also tallied four quarterback hurries.

The news does not come as a complete surprise, as Diabate had some interesting words after the loss to the LSU Tigers this season. When asked about his confidence in the defensive scheme — ostensibly orchestrated by defensive coordinator Todd Grantham at the time — he only committed to his confidence in his teammates.

The 6-foot-3-inch, 227-pound linebacker joins wide receiver Jacob Copeland, edge rusher Khris Bogle, offensive lineman Gerald Mincey and defensive lineman Dante Zanders on the list of now-former Gators in the transfer portal. The changing of the guards on the sidelines made many of these decisions inevitable, but it is still a tough pill to swallow for UF fans to lose their team’s top tackler right after losing its best wide receiver.

It is also worth noting that Diabate holds a 3.9 GPA and is a Rhodes Scholar candidate, making the loss of such a bright young man from the program even more disappointing.