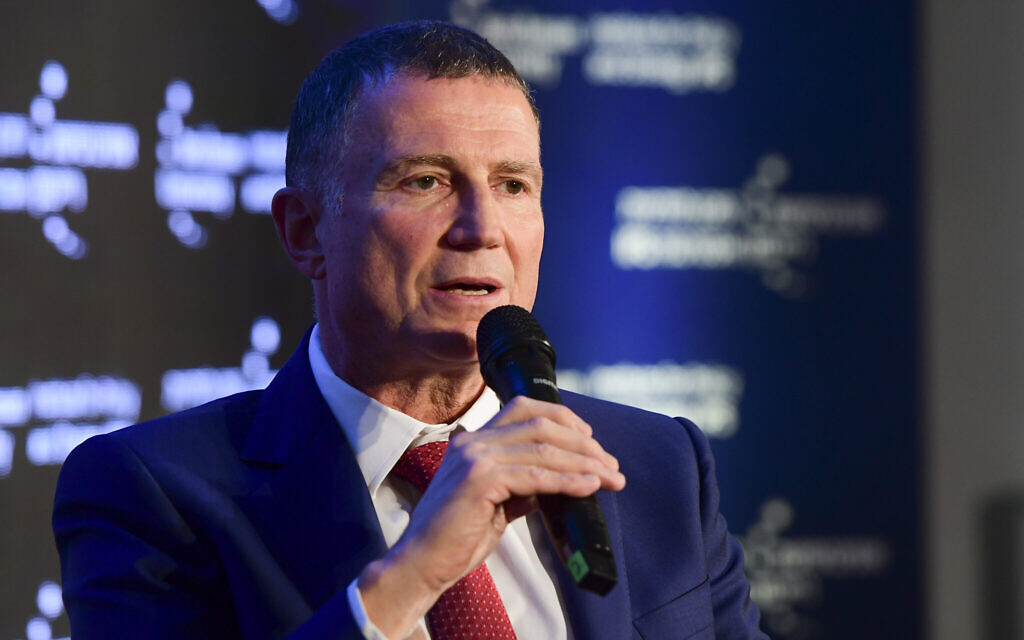 Knesset member Yuli Edelstein, the No. 2 lawmaker in the Likud party, on Saturday called for the opposition faction to hold leadership primaries if its chief, former prime minister Benjamin Netanyahu, cannot form a government in the current Knesset if the ruling coalition collapses.

“If Netanyahu knows how to assemble a government in the current Knesset, I definitely won’t stand in his way because I said the State of Israel doesn’t need elections. If not, then hold a competition for leadership of the party,” Edelstein told Channel 12 news.

“I usually don’t get into fights that I don’t think I can win,” he said.

The coalition headed by Prime Minister Naftali Bennett is teetering, but if a majority of the Knesset votes for an alternative government, it could be formed without resorting to new elections.

Edelstein, a former Knesset speaker and senior minister, had announced last year that he would challenge Netanyahu to lead Likud. He said Likud primaries could be organized in a matter of weeks.

“I think there are two things Israel does not need — one is the continuation of the current government, and the second is elections,” he said. “It’s possible to assemble a good government, a stable one, in the current Knesset.”

The Likud party was, for a long time, firmly behind Netanyahu, but that control frayed amid a series of grueling elections and political instability between 2019 and 2021, and Netanyahu facing fraud charges during the same period. Netanyahu then lost power to Bennett’s coalition last year.

Likud Knesset members got behind Netanyahu on Thursday, after some dissent within the party, during a dispute with the coalition over a contentious bill to provide scholarships to veterans.

Opposition leader Benjamin Netanyahu leads a Likud faction meeting at the Knesset on May 16, 2022. (Olivier Fitoussi/Flash90)

Edelstein is widely popular in the Likud party. In 2019, he was the top vote-getter in the primary for potential Knesset candidates, which determines the order of the Knesset slate below the party leader.

Bennett’s government came to the brink of collapse after Meretz’s Ghaida Rinawie Zoabi resigned from the coalition on Thursday. Her resignation reduced Bennett’s coalition to a minority, holding only 59 seats in the 120-seat Knesset. Rinawie Zoabi is reportedly in talks to return to the coalition.

The government can survive as a minority, however. A bill to dissolve the Knesset and force elections would need support from 61 lawmakers, and it’s not clear whether Rinawie Zoabi and all other Knesset members outside the coalition would support such a measure. If the government falls, Israel would be forced into its fifth election cycle in under three years.

Likud pulled back from an attempt to dissolve the Knesset last week, before Rinawie Zoabi’s resignation, when it became clear the government had managed a 60-60 seat parity with the Likud-led opposition.

An alternative government could be approved without elections with the support of 61 Knesset members, in a constructive no-confidence measure.

Bennett’s coalition is an unwieldy amalgam of right-wing, centrist and leftist parties, and includes the Islamist Ra’am faction. The parties coalesced last year mainly around their opposition to Netanyahu’s rule.

The former premier is a divisive figure in Israel and faces charges in three graft cases, but remains popular with many voters.