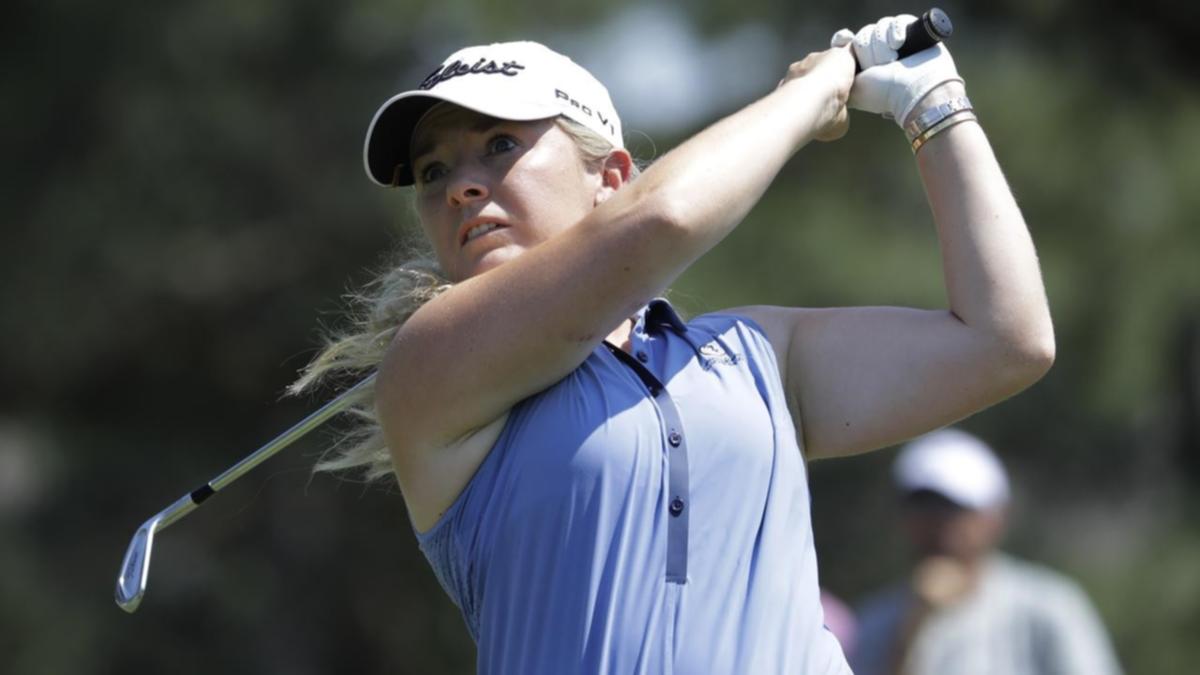 England’s Bronte Law has produced a stunning final round of 64 to win her first title on the Ladies European Tour in the Dubai Moonlight Classic.

Law played her last eight holes in six under par thanks to an eagle and four birdies and could even afford to miss from two feet for another birdie on the 17th, her closing hole.

The 26-year-old from Stockport, who had started on the 18th due to the shotgun start in operation, finished 15 under par at Emirates Golf Club, a shot ahead of Mexico’s Maria Fassi.

Fassi shared the lead heading into the final round and did very little wrong in a closing 68, but had no answer to Law’s fast finish.

“It’s all a bit of a blur,” Law told Sky Sports. “I was just trying to post a number and said to my caddie ‘Let’s try to shoot seven under’ and I obviously managed one better.

“It’s a bit surreal right now and I’m just so happy to win again because it’s been a while.”

Law’s previous victory came in May 2019 on the LPGA Tour and she has been making significant swing changes this season in an attempt to avoid recurring injuries.

“This is my seventh week in a row and before I could not play three without my body hurting all the time,” Law added.

“This is a testament to what I have done. I’m so proud that all the work is starting to pay off because it’s hard when things are not going your way and you feel the whole world is against you.”