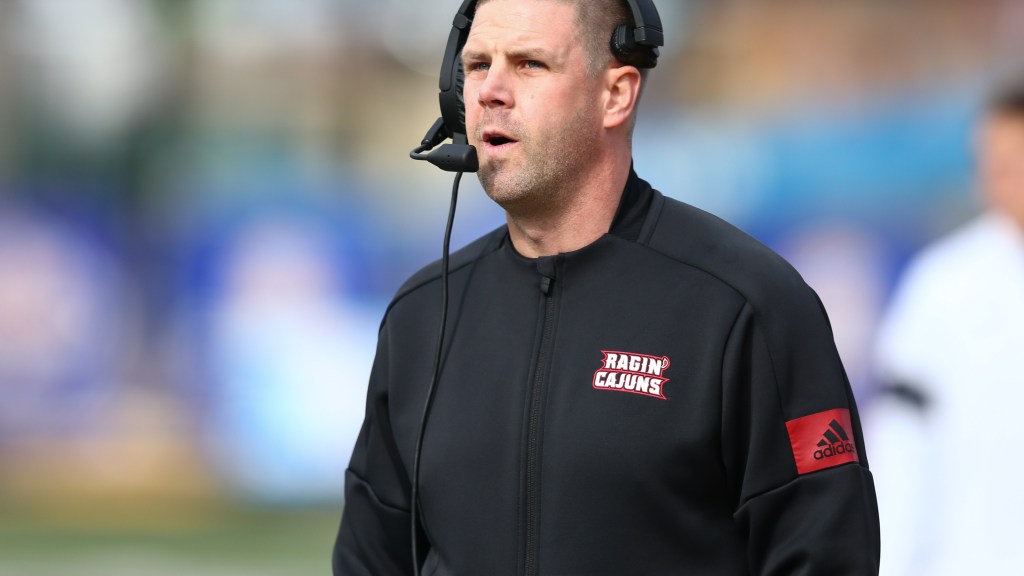 Florida is all-in on its fourth coaching search of the last decade, and after firing a coach in Dan Mullen who won New Year’s Six Bowls in his first two years, has an SEC East title under his belt and finished with a 34-15 record, it’s imperative that the school gets this hire right.

A lot of names have been brought up for this opening, some fairly realistic (Oregon‘s Mario Cristobal, Louisiana’s Billy Napier), some not so much (Bob Stoops!). During the silly season known as the coaching carousel, it can be hard to parse fact from fiction. However, in a report for ESPN, Adam Rittenberg breaks down a number of candidates and updates the direction the search seems to be moving in.

Here’s what he had to say.

Florida needs an A-list recruiter who embraces every element of the process, especially in a talent-rich state, and arguably no realistic Florida candidate brings a better combination of insatiable recruiting and in-state ties than Oregon coach Mario Cristobal. Few head coaches not named Nick Saban or Kirby Smart push recruiting like Cristobal, who has built excellent rosters at Oregon. Cristobal, 51, grew up in Miami, played at the U, spent three years as a Hurricanes assistant and then held the reins as Florida International’s head coach for six.

Florida could soon target Louisiana’s Napier, whose name has been mentioned for all the SEC openings in recent years, as well as Baylor two years ago and TCU and Virginia Tech this year. A jump to the SEC has long seemed to make the most sense for Napier, who is 31-5 the past three seasons at Louisiana. Florida is the type of job that should tempt Napier to leave a very comfortable spot. Napier understands the region from his time at Clemson and Alabama.

It would take a special situation for Bob Stoops to return to the sideline, but Florida absolutely qualifies. Stoops, 61, built his reputation as Florida’s defensive coordinator under Steve Spurrier from 1996 to 1998. Stoops, now working as a Fox analyst, also understands the importance of fun offense to Florida’s fans and had dynamic offensive coordinators (Mike Leach, Kevin Sumlin, Josh Heupel, Lincoln Riley) throughout his career at Oklahoma. Florida would be foolish not to gauge his interest.

Names that have been circulated for top-tier openings at USC and LSU also could be in the mix for Florida, including Fickell (whose stock couldn’t be much higher), Franklin, O’Brien and Michigan State‘s Mel Tucker.

Others to consider: Kentucky coach Mark Stoops (he’s already in the SEC East and has won two of his past four meetings with the Gators), Ole Miss coach Lane Kiffin (the closest thing to Spurrier in terms of entertaining offense, quarterback development and incredible quotes) and Dallas Cowboys defensive coordinator Dan Quinn, who spent the 2011 and 2012 seasons at Florida under coach Will Muschamp.

If Florida wants to make a hire who’s proven he can do it the way it needs to be done in Gainesville, Cristobal is the guy. He knows the state from a recruiting perspective and he’s had a lot of success as the head coach at Oregon. But he could very well be happy with his current situation, and that makes Napier, another former Saban assistant whose style seems like a perfect fit for what Florida is looking for, a more likely candidate.

Other names like Fickell’s could be in the mix, and while he’s a proven coach, he has no ties to the region whatsoever. Other successful coaches that do have those ties, such as Franklin and Tucker, seem to be vying for extensions. Names like Stoops, Kiffin and Quinn can’t be ruled out (especially Kiffin, who is rumored to be interested in openings), but those seem like significantly less likely hires than someone like Napier.

With two other elite jobs open, Florida may try to get this search done expeditiously, especially if it focuses on someone like Napier (who would likely take the job) early in the process. A lot could happen here in the coming weeks, but we’ll keep you posted with all the latest news and rumors regarding the search.