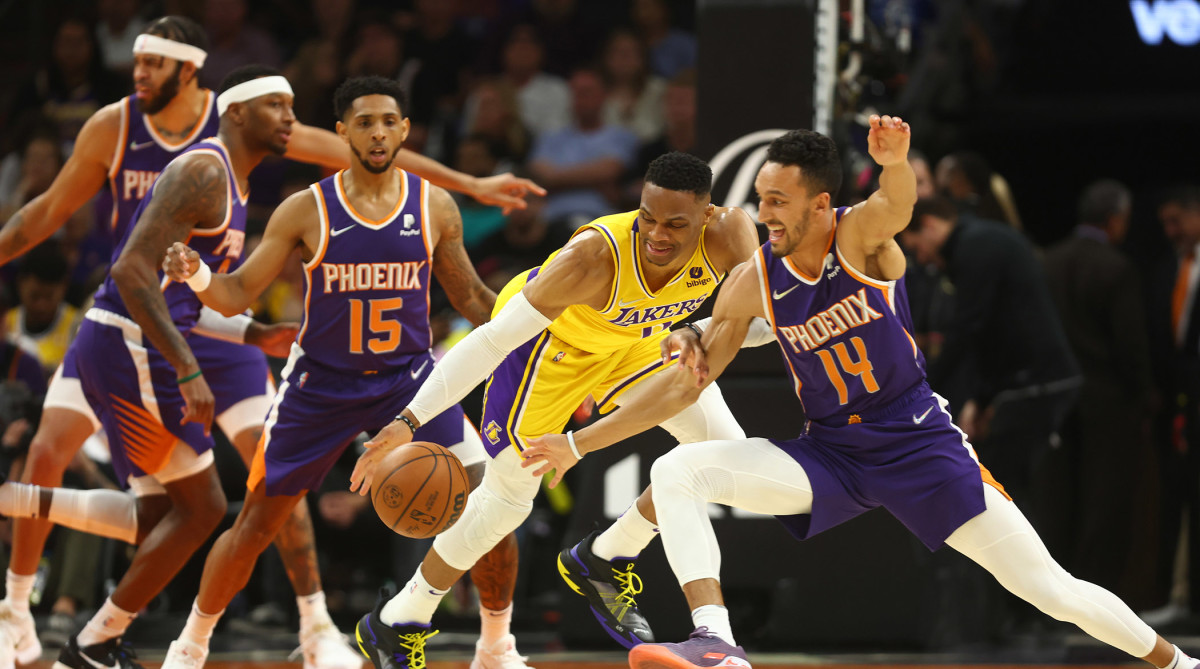 It’s the second time in James’s four years with the Lakers that the team hasn’t qualified for the playoffs after James had previously missed postseason play twice in his previous 15 seasons. Los Angeles also won a championship in the COVID-19 bubble in Orlando In Oct. 2020 and was eliminated from the playoffs in the first round last year, coincidentally also by the Suns.

The 10th-seed Spurs dominated the Nuggets earlier Tuesday, meaning the Lakers—who were missing James with an ankle injury—needed to avoid losing their seventh game in a row to stay within striking distance of San Antonio with three games to play.

Ultimately, the team could not seem to do it, losing to Phoenix despite Russell Westbrook’s 28 points on 10-of-20 shooting and a double-double from Anthony Davis (21 points, 13 rebounds).

The Lakers fall to 31–49 with the loss and only have three games left on the schedule against the Warriors, Thunder and Nuggets. There will surely be a roster reshuffle during the offseason, with Westbrook an obvious candidate to be moved. His lone season in Los Angeles resulted in a poor shooting campaign as he did not usually fit well on the court together with James and Davis.

For more Los Angeles Lakers coverage, go to All Lakers.