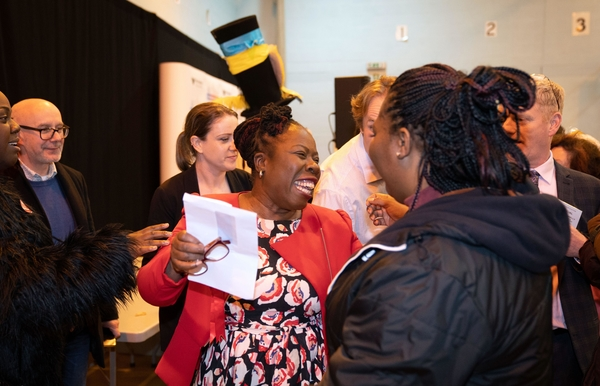 Hamilton, who until recently worked as a nurse, becomes the first black MP elected from a Birmingham constituency.

Hamilton won the election with a majority of 3,266 on a turnout of just 27 per cent.

The by-election was triggered by the death of Labour MP Jack Dromey, who died suddenly in January.

The constituency of Birmingham Erdington is found to the north of the City of Birmingham, and is most well known for containing Birmingham’s famous motorway junction, Spaghetti junction.

It is a relatively deprived seat with low levels of home ownership. Erdington has supported the Labour Party continuously since the Second World War. Erdington is the Birmingham seat in the city that voted Leave by the largest margin, 63 per cent to 37 per cent, in the 2016 European Union referendum.

During the 2022 by-election campaign, Hamilton was criticised for comments she made at a 2015 event called “The Ballot or the Bullet – Does your vote count?”, in which she reportedly said: “I’m not sure we will get what we really deserve in this country using the vote”, before adding, “But I don’t know if we are a strong enough group to get what we want to get if we have an uprising … I am very torn”. The Labour Party claimed the comments were taken out of context.