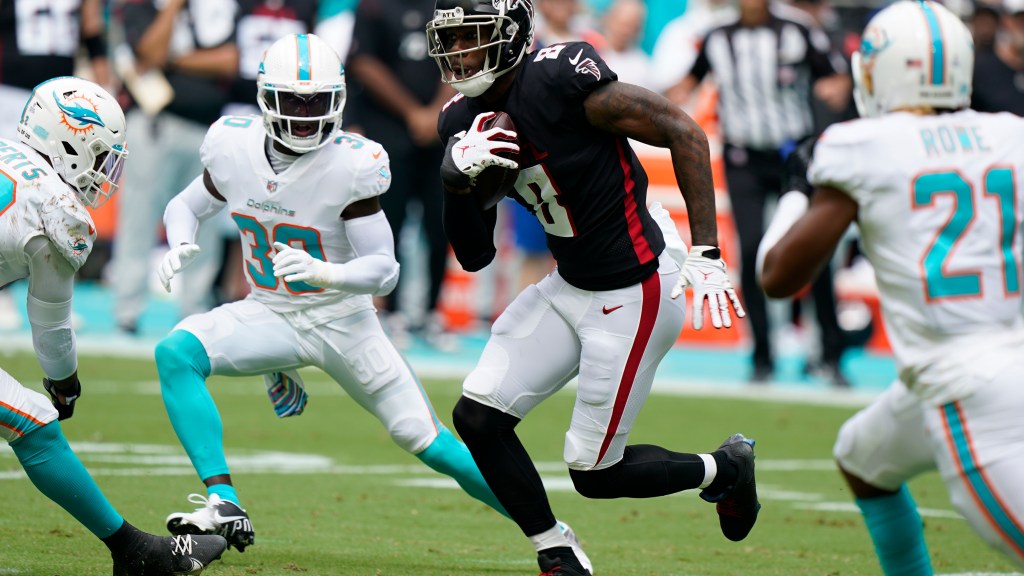 Former Florida tight end Kyle Pitts certainly entered his NFL career with a lot of hype. He was the fourth overall pick, making him the highest-drafted tight end in the modern era of the league, and he was considered by many to be the can’t-miss prospect of the draft.

Seven weeks into his professional career, those expectations seem to have been fair. Pitts has been dominant so far, reeling in 31 catches for 471 yards (the most a tight end has ever accrued through his first six games) and a touchdown.

Pitts is certainly passing the eye test, but advanced analytics are high on him, as well. According to Pro Football Focus, Pitts is the highest-graded rookie pass-catcher so far this season.

That surpasses even Bengals receiver Ja’Marr Chase, who has almost singlehandedly transformed the Cincinnati offense as a rookie. He already has 754 yards and six touchdowns, and he’s been the favorite target of second-year quarterback Joe Burrow so far.

But Pitts’ production is unbelievable from a rookie tight end, a position that generally carries a bit of a learning curve at the NFL level. Even with the high expectations, Pitts has been even better as a rookie than many thought he would.

He’s on an Atlanta Falcons team that sits at 3-3 and is almost certain to improve on its finish from last season. The Falcons passing game is improving, and between Pitts and receiver Calvin Ridley, it has the potential to become one of the league’s best.