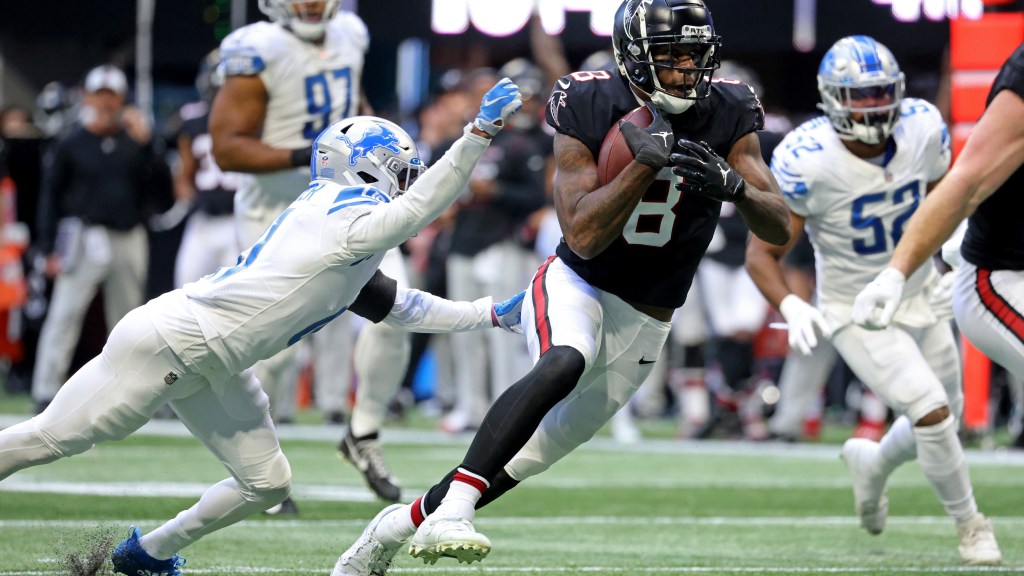 There haven’t been many players that were as hyped coming into the draft as former Florida tight end Kyle Pitts was. After a prolific final season with the Gators in 2020, Pitts was considered one of the best tight end prospects of all time, with some declaring him the closest thing to a surefire All-Pro player that you can get.

He ultimately became the highest-drafted tight end in the common era of the NFL draft and was selected with the fourth overall pick by the Atlanta Falcons. As his rookie season draws to a close, he has undoubtedly lived up to the hype.

He’s already set the modern-era record for receiving yards by a rookie tight end, beating out Jeremy Shockey this week as he reached 949 yards. But that’s not the only record on Pitts’ radar: He could find himself as the NFL’s all-time rookie receiving leader among tight ends.

That record, which sits at 1,076 yards, was achieved by Mike Ditka in 1961. Pitts needs 127 yards over the next two games to reach the record, certainly not a given but also well within reason. Of course, it wouldn’t be quite as impressive a feat as when Ditka accomplished it.

When Ditka reached the 1,000-yard threshold, he did it at a time when the NFL only played 14 game seasons. Pitts, meanwhile, has the benefit of an extra game that no one chasing Ditka’s record before this season had.

Still, it would be an incredibly impressive feat at a position that is more important in 2021 than it has ever been and is historically difficult to transition to at the professional level. Pitts so far looks like every bit the player he was hyped up to be, and he’ll be chasing yet another achievement in these final two games.