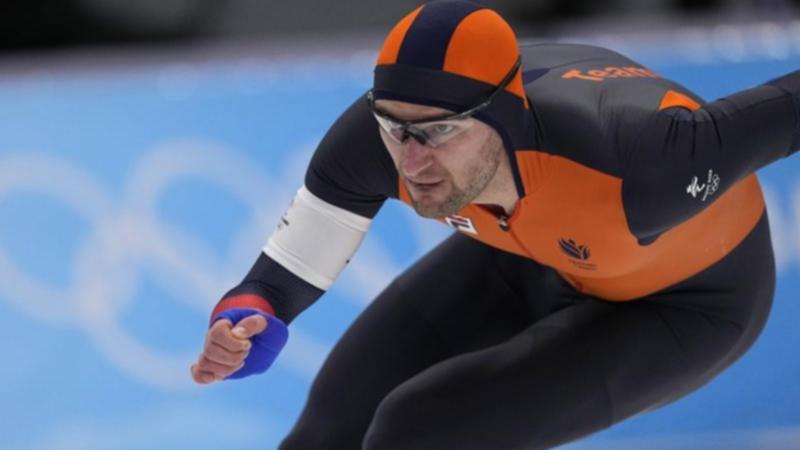 Thomas Krol has won gold in the 1000m on Friday, giving the Netherlands their third-straight Olympic speed skating title in the event.

The Dutch, who dominate the sport, now have five gold medals from 12 events in Beijing with one day of competition remaining.

In 2014, Stefan Groothuis won the 1000m and Kjeld Nuis followed with a victory in 2018. Krol led the World Cup standings this season.

It was Krol’s second medal in Beijing, after earning silver in the 1500m behind Nuis.

Skating in the last pair with Dubreuil, current world champion Kai Verbij of the Netherlands pulled up coming off the next-to-last turn in the race.