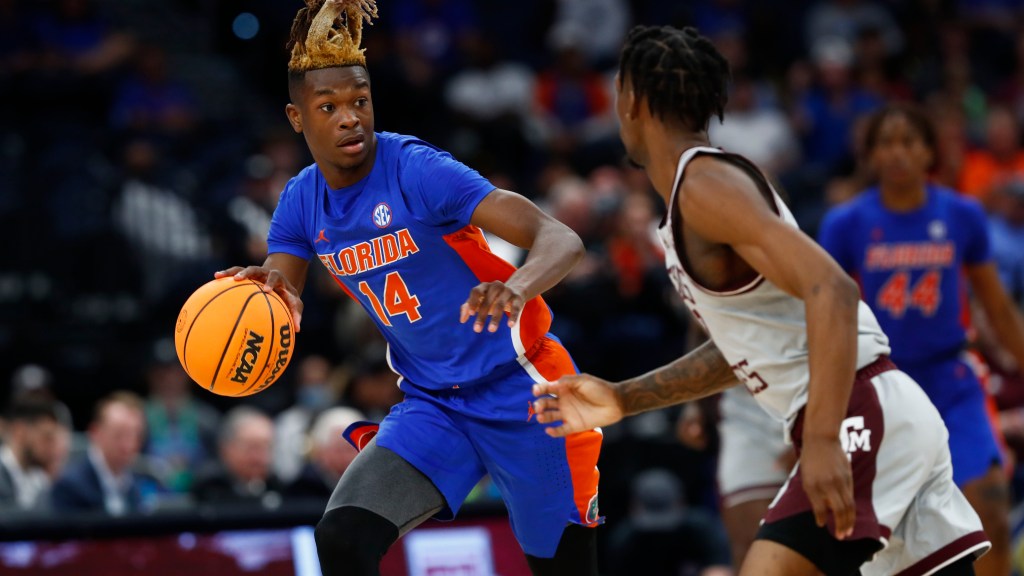 After entering the NCAA transfer portal on Wednesday, Florida basketball’s freshman guard Kowacie Reeves has reversed his course and will return to the University of Florida for his sophomore season, as reported in a tweet by Travis Branham of 247Sports on Friday. Florida’s lone 2021 recruit had 48 hours from when he initially submitted his name to change his mind, which apparently happened according to sources.

The 6-foot-6-inch, 182-pound guard started 10 of the 29 games he appeared in for the Gators last season, averaging 5.5 points, 1.4 rebounds and 0.4 assists in 15.5 minutes per game. He was eased into the rotation by former head coach Mike White, and after an early adjustment period, Reeves started eight-straight games during the thick of the Southeastern Conference schedule. He played off the bench after that until the National Invitation Tournament, in which he started both games.

Reeves’ peak moment was the Texas A&M matchup in the SEC Tournament, in which he tossed in 21 points in 29 minutes, going 3-for-7 from beyond the arc and 6-for-11 overall, with six rebounds, a steal and an assist in the eliminating loss. His second-best scoring output came four times during the season in which he dropped 14 points apiece — including both NIT games.

His return is a huge coup for head coach Todd Golden, who has his work cut out taking over a floundering program that has already seen some departures. Easily the most talented player on the roster, Reeves paired up with Colin Castleton gives the Gators a core they can build around going into the 2022-23 season.