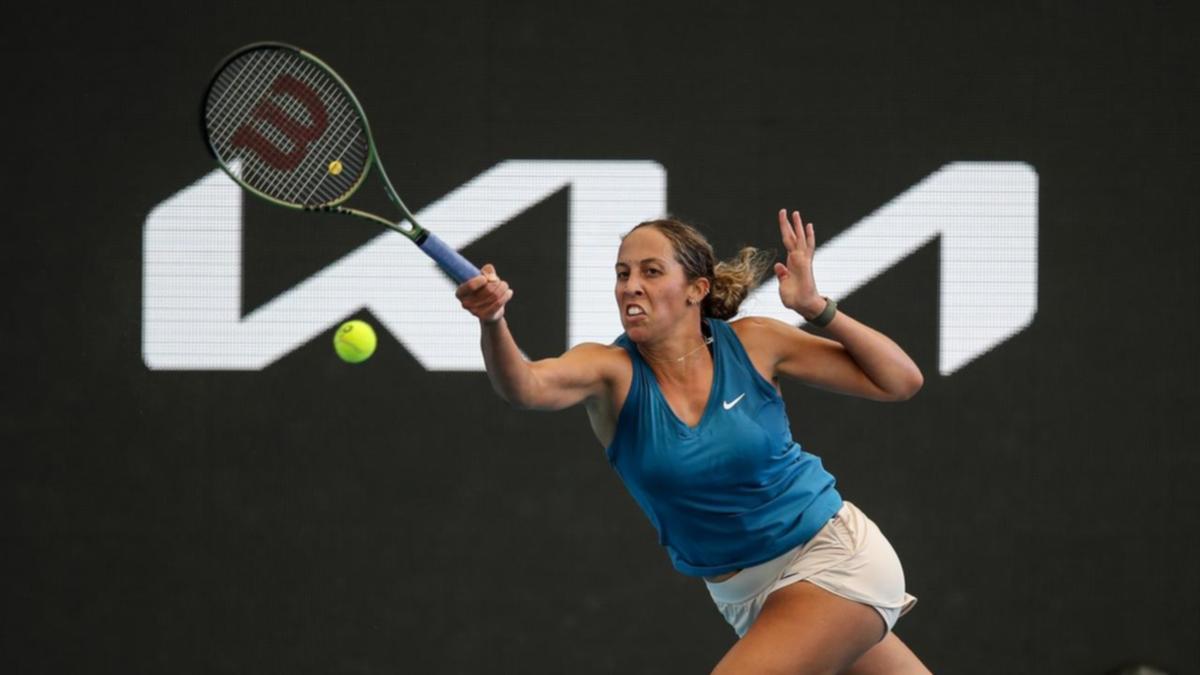 Former US Open finalist Madison Keys has tuned up for the Australian Open in fine style, picking up her first tournament win in three years at the Adelaide International 2.

The American was fast out of the blocks and rarely let up, taking down countrywoman Alison Riske 6-1 6-2.

Down to No.87 in the world after a run of injuries and indifferent form in recent years, Keys belied her lowly ranking with a power packed 68-minute performance.

Against Riske she displayed many of the tools that had got her to world No.7 in 2016, including a heavy forehand and crunching serve.

Looking fitter than she’d been in the past few seasons, Keys mixed attacking tennis with fine movement to breeze through the first set in 29 minutes with two breaks of serve.

Riske, who famously beat Ash Barty at Wimbledon in a fourth round match in 2019 when the Australian was eyeing off a double with the French Open, lost her opening service game of the second set to hand Keys full advantage.

The world No.57 hung in for a few more games but Keys effectively wrapped things up with another break before serving out the match.

Keys will now make a tricky Open first round opponent for another compatriot, world No.12 Sofia Kenin.

The 2020 Australian Open champion Kenin has already had a tough start to the year, ousted by Barty in the Adelaide quarter-finals last week and thrashed by Daria Kasatkina in Sydney.

Riske meets Donna Vekic in the first round at Melbourne Park.