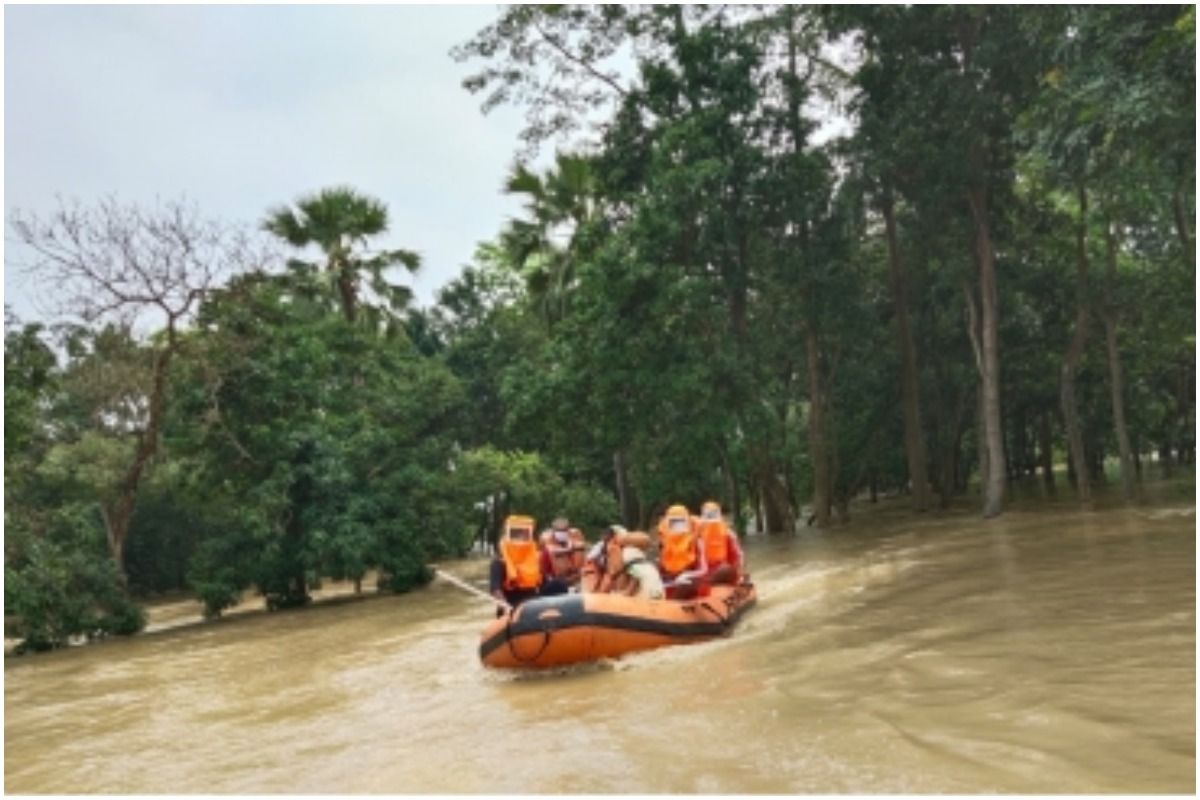 Thiruvananthapuram: Heavy flooding and landslides in Kerala have left at least 23 people dead. According to the reports, a dozen people, mostly children, are still missing. Kerala has been receiving incessant rains since Saturday. Centre has deployed the National Disaster Response Force and army to assist with rescue efforts as the rains swept through towns and submerged vehicles in the southern Indian state.Also Read – Jammu and Kashmir: Two Non-Local Labourers Killed as Terrorists Open Fire in Kulgam

One team of the National Disaster Response Force has been deployed in Pathanamthitta, Alappuzha, Idukki, Ernakulam, Thrissur and Malappuram districts. In addition, 5 more teams have been directed to be deployed in Idukki, Kottayam, Kollam, Kannur and Palakkad districts. One of the two teams of the Indian Army is deployed in Thiruvananthapuram and one in Kottayam. Also Read – Kerala Rains: 21 Dead Due to Flash Floods, Landslides; IMD Says Intense Rains Likely To Reduce

Here are the key updates: