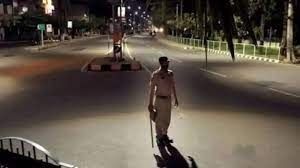 Bengaluru: As the COVID cases surge in Karnataka, especially in Bengaluru, state minister R Ashoka on Monday said the third wave, driven by the Omicron variant, will reach its peak next week. However, he said that the weekend curfew imposed in state might be extended, but there won’t be a complete lockdown.Also Read – Bengaluru Limits Number of Attendees at Rallies, Weddings Till 31 January. Details Here

“The experts are of the opinion that the COVID cases may reach the peak on January 25, after which it will gradually decrease. They were also of the view that the state should reduce testing from over two lakh a day to about 1.5 lakh as it does not help much,” Ashoka was quoted as saying by news agency PTI. Also Read – Major Tragedy: 3 Infants Die After MR Vaccination in Karnataka’s Belagavi District

Similarly, Manindra Agrawal, IIT Kanpur professor, and the man behind Sutra Model, predicted that the third wave in the state will peak on 23 January while in Bengaluru, it will be on 22 January. This comes, as the state on Monday records 27,156 new Covid-19 cases. Of the new cases today, 15,947 cases were reported from Bengaluru alone. Currently, the positivity rate in the state stands at 12.45%. On Sunday, over 34,000 infections were reported from the state. Also Read – Karnataka Issues New Rules For Visiting Hospitals to Prevent Crowding. Read Full Order Here

“We cannot risk the lives of 6.5 crore people to help hoteliers by lifting the weekend curfew. We will go by the experts, Centre and WHO’s advisory on COVID,” he said in reply to a query on the appeal of hoteliers not to impose weekend curfews. He, however, ruled out any possibility of lockdown in the state.

Earlier this month, the Karnataka government imposed weekend curfew in the state in order to check the spread of coronavirus. As per the guidelines, a weekend curfew remains in force from Friday 10 pm to Monday 5 am.

(With inputs from agencies)