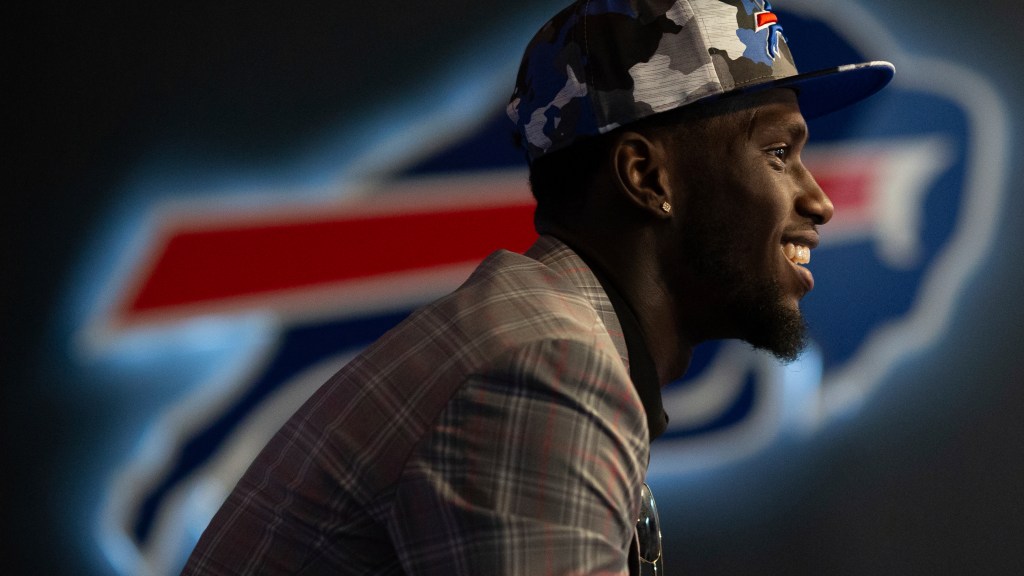 Former Florida Gator Kaiir Elam, who was selected by the Buffalo Bills at No. 23 overall in the 2022 NFL draft, got his first taste of big-time football on Friday at the team’s rookie minicamp held in Orchard Park, New York. The greenhorn defensive back is taking things in stride so far, patiently working to find his groove at the next level.

According to Elam, there was no pressure on him this weekend and head coach Sean McDermott essentially confirmed that there has been a more laid-back atmosphere surrounding the minicamp. McDermott is fully confident that his new DB will rise to the occasion when the time comes, noting that the franchise traded up to pick him for a reason.

“We think in our system, it’ll be good and he’ll be able to play well in a mutually beneficial approach to press, off, changing some things up. And he’s got a great support system behind him,” McDermott said.

Take a look below at a handful of photos featuring Kaiir Elam in his new NFL uniform.