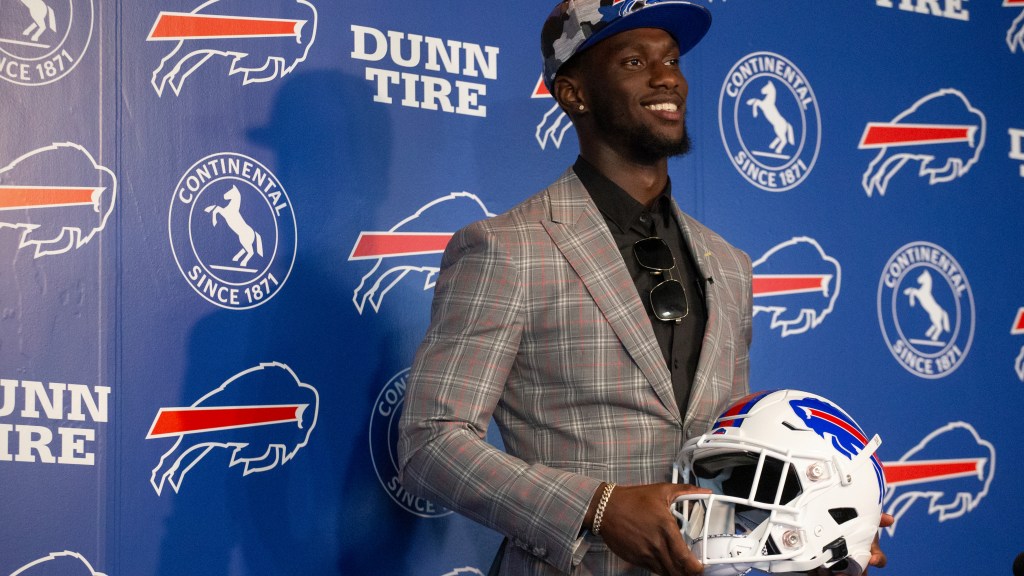 Former Florida cornerback Kaiir Elam signed his first NFL contract on Friday. The Buffalo Bills who drafted him with the 23rd overall pick in the 2022 NFL draft announced they have signed all of their picks, including Elam. Spotrac projected that Elam would sign a four-year, $13.7 million contract that is fully guaranteed that would also include a $7.1 million signing bonus and have a fifth-year option.

Elam played the last three seasons with the Gators, appearing in 35 career games while starting 26. He racked up 78 tackles — 2.5 of them for a loss — five interceptions, 20 pass deflections and one fumble recovery in his career. In his final season, Elam recorded 29 tackles, 1.5 tackles for a loss, one interception and five pass deflections.

The Bills decided that couldn’t wait for Elam to fall to them at pick No. 25. They traded their pick at 25 and fourth-round pick to the Baltimore Ravens in order to nab the Florida standout.

Elam couldn’t be in a better situation as he joins Buffalo, which is poised to make a run to the Super Bowl this upcoming season.

Florida Gators NFL draft history: The last 30 Gators to be selected in the first round