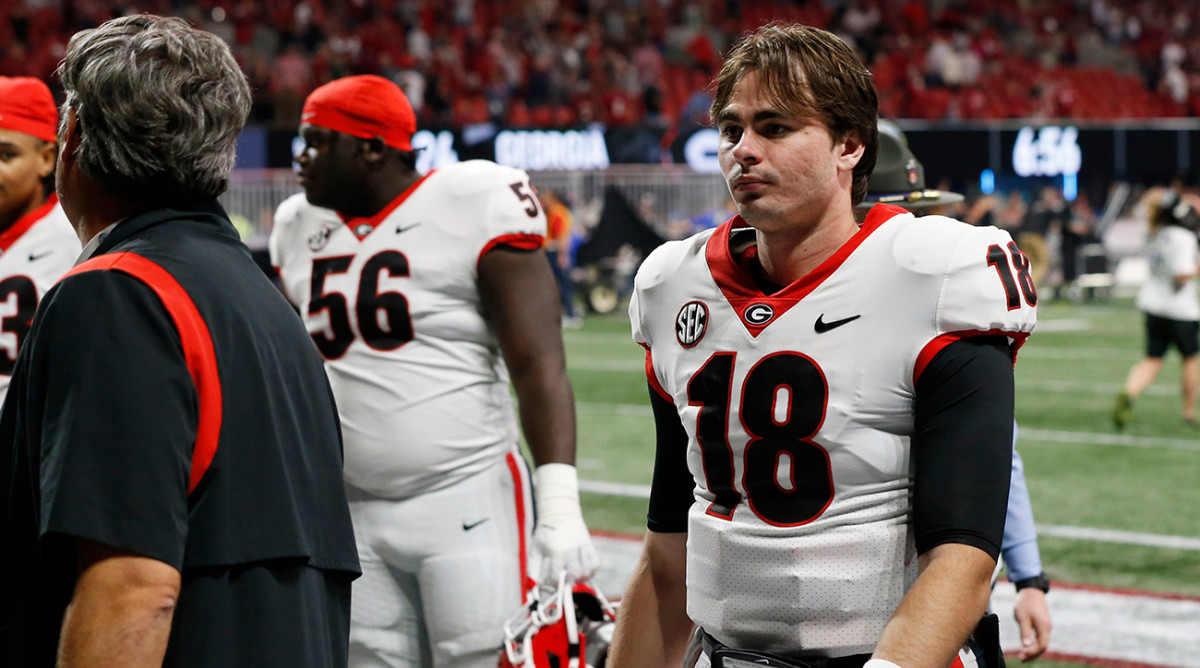 Former Georgia quarterback JT Daniels was on a visit to Oregon State on Thursday, according to ESPN’s Pete Thamel. Daniels, who entered the transfer portal in January, isn’t expected to make a decision on his new team anytime soon.

He’s expected to make his final decision after spring ball because he still needs to graduate from Georgia at the end of spring. Daniels will make a decision and immediately enroll after graduation, according to ESPN.

Missouri and West Virginia are also considered to be the other top suitors for Daniels. But the Pac-12 would be a very familiar place for Daniels having spent the first two seasons of his career at USC. As a freshman in 2018, he threw for 2,672 yards and had  14 touchdowns to go with 10 interceptions.

He tore his ACL in the first game of the 2019 season, missed the season, and then transferred to Georgia. Daniels only started three games this past season after Stetson Bennett won the job. Bennett is returning to the the reigning national champions so Daniels is taking his talents elsewhere.

In his limited time on the field in 2021, he threw for 722 yards and seven touchdowns to three interceptions.