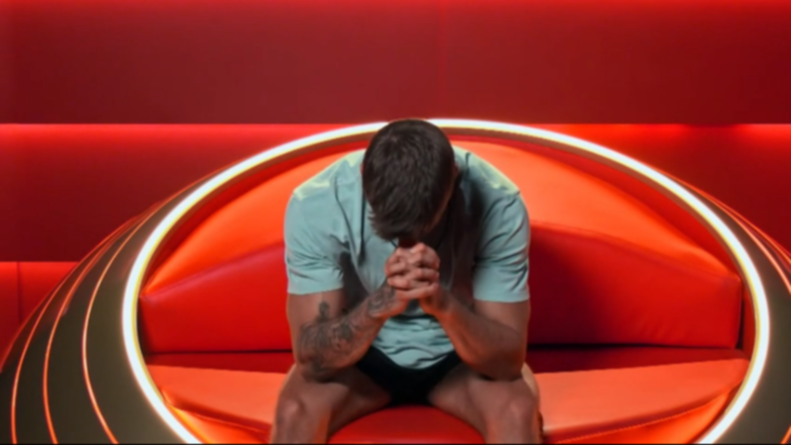 Big Brother VIP star Josh Carroll broke down on Tuesday night’s episode as he deep-dived into his past traumas and how it has influenced his social anxiety.

It all began with a conversation with fellow contestant Danny Hayes, Danny said of Josh, “before I met you I looked at your Instagram and thought… instamodel w*****”.

Josh agreed then expressed his mission for coming on Big Brother.

“I wanted to come on here and show people I’m more than just your standard Instagram w*****. I’m never at events, I’m never in the typical Sydney scene,” he said.

“I get panicked easily in crowds, I have crazy social anxiety, so I’m pleased I could come on this show and mingle with a bunch of – lack of a better word – randoms.

“I never in a million years thought I could do that”.

In a conversation with Ellie Gonsalves, the pair bonded over their common experiences of losing their fathers, with Ellie terming the pair the “no dads club”.

Ellie touched on her experience and said, “nothing I’ll ever go through will be as hard as what I went through with my dad. After my dad died, I moved on from my mum and family”.

Josh then told Ellie of his own experience.

“My dad was depressed, sad and had a bad back. He started taking valiums for the pain.

“I touched him, he was ice cold,” Josh explained.

“And that’s where my anxiety and stuff comes from. It’s from that moment, triggered it.

“I don’t think I’ve cried in the last four years since my dad passed away”.

Josh was then overcome with emotion and broke down in Big Brother’s diary room.

“My dad loved the show, I just want to make him proud and prove to everyone else out there who may be struggling with mental health that they can get after it as well. It’s not as debilitating as you think,” he said.