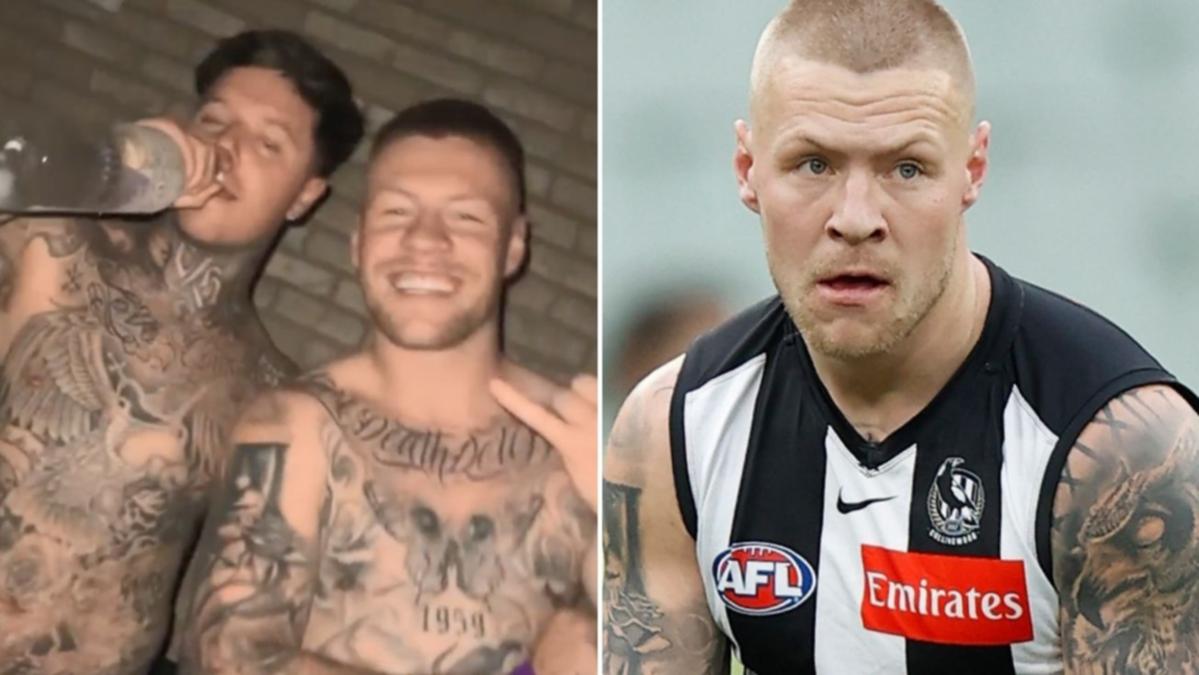 Jordan De Goey has been released on bail in New York after pleading not guilty to charges of forcible touching and assault.

The 25-year-old Collingwood AFL player and his friend Luke Dyson were arrested on Saturday following an alleged nightclub incident involving a woman and her male friend.

Police allege De Goey and Dyson groped the woman on the dancefloor before attacking her friend when he tried to intervene.

The Australian pair were taken into custody and sent to a Manhattan holding cell after the woman called 911.

De Goey appeared in front of a New York judge at around 11.30pm on Saturday night (2.30pm AEDT on Sunday) to enter a plea of not guilty.

He was released on bail and ordered to conduct one phone check-in per week.

He is due to reappear in court in person on December 8, leaving his next movements unclear.

Earlier, Collingwood said they had not been in contact with De Goey.

“Collingwood is aware of a report involving Jordan De Goey,” the statement read.

“The club is attempting to contact Jordan, who is in the USA, to determine the facts of the matter.

“The club will not be in a position to comment further until it has done so.”

The AFL said it was aware of the allegations made against De Goey.

“The AFL integrity department will look into the matter once more information is obtained, until then the AFL is not in a position to make comment,” a statement read.

Dyson posted several videos with De Goey on his Instagram page before the alleged incident.

The pair wore only bathrobes to the Halloween-themed party, joking they did not have an outfit.

They were filmed shirtless posing for the camera, with Dyson pretending to down a large bottle of vodka.

De Goey travelled to America during the off-season to undergo an intensive fitness program as W Training Facility in California as he attempted to capitalise on an outstanding end to the 2021 season.

De Goey was allowed to leave Australia under a permit due to his sponsorship with Monster Energy.

He is out of contract at the end of next season and was setting himself for a bumper new contract.