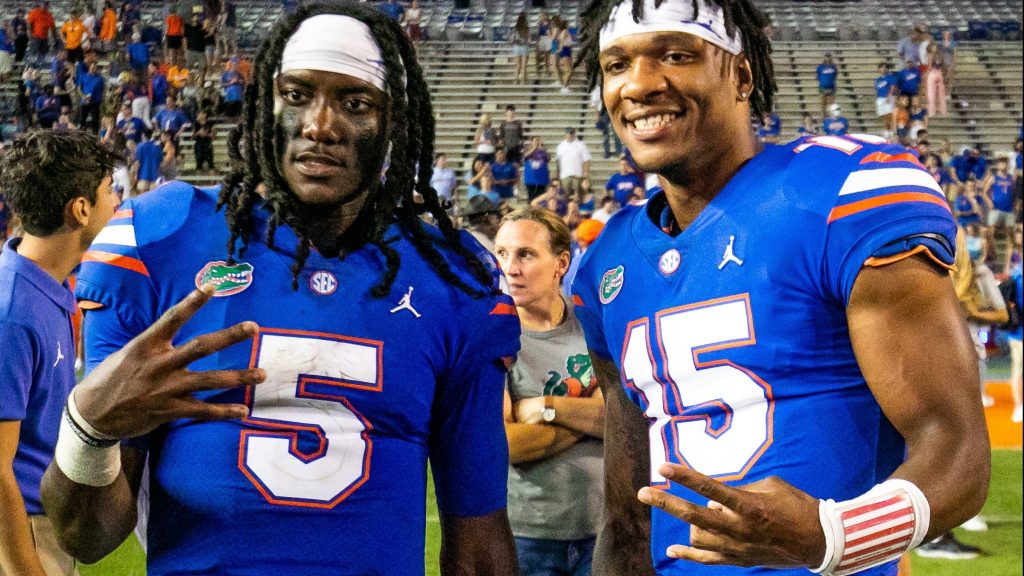 Florida’s quarterback room is taking full advantage of the new rules regarding monetizing the name, image and likeness of players. Both Emory Jones and Anthony Richardson are one of seven players to join the Outback Steakhouse TeamMATES NIL program.

Through the TeamMATES program, Outback plans to donate meals to military families, and players will also host local give-back nights to raise money for charities of their choice, per the release.

Jones and Richardson are joined by Ohio State’s C.J. Stroud, Chris Olave and Garrett Wilson, as well as Michigan’s A.J. Henning and Blake Corum. The compensation for the deal isn’t quite clear, but according to this article from Forbes, which quotes Richardson’s attorney, Darren Heitner, the quarterback is only seeking NIL deals that pay in the six or seven figures. So, it’s fair to assume the compensation for Richardson and Jones will be sizable.

Florida QB @GVOaant is 1 of the athletes who will give back to their communities by raising money locally and nationwide.https://t.co/ZxPU3DPJd3 pic.twitter.com/S3ryBEMwgl

Unfortunately, Outback was unable to sign the most obvious athlete on Florida’s roster for a NIL deal with the restaurant: Australian punter Jeremy Crawshaw. He’s ineligible for NIL benefits as a result of his student visa, as coach Dan Mullen mentioned several weeks ago.

The ability for players to profit off their name, image and likeness has changed college sports considerably in a short period of time, and we’re only going to see more deals like this moving forward.