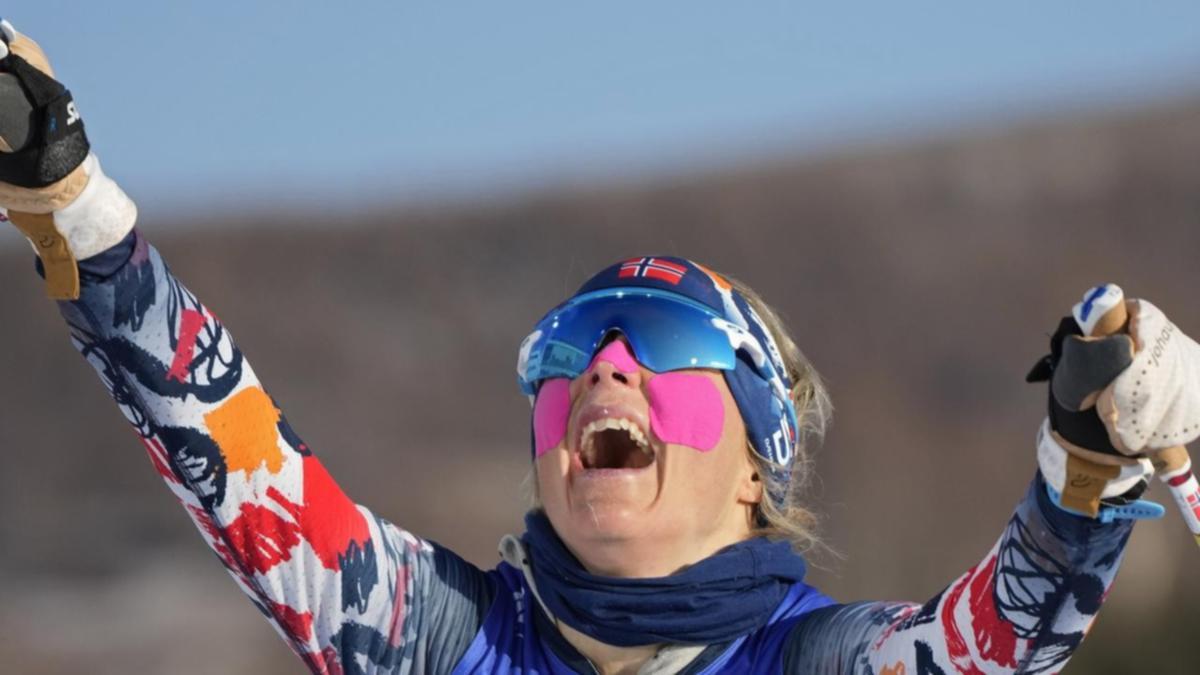 Johaug, 33, was on fire in freezing temperatures of -13C for victory in Saturday’s 7.5km + 7.5km skiathlon, which she led by one second after the classic style portion before destroying the field in the freestyle section.

Johaug won gold in 44 minutes 13.7 seconds, screaming in delight and pumping her fists as she crossed the line.

Teresa Stadlober became the first woman from Austria to win a cross-country medal at the Olympics with bronze, another .3 of a second behind.

The 14-time world champion had rarely competed in the World Cup this season, skipping the Tour de Ski and other events as she concentrated on the Olympics.

She will also be a hot contender in the 10km and 30km later at the Games, having also won all three races at the last two worlds.