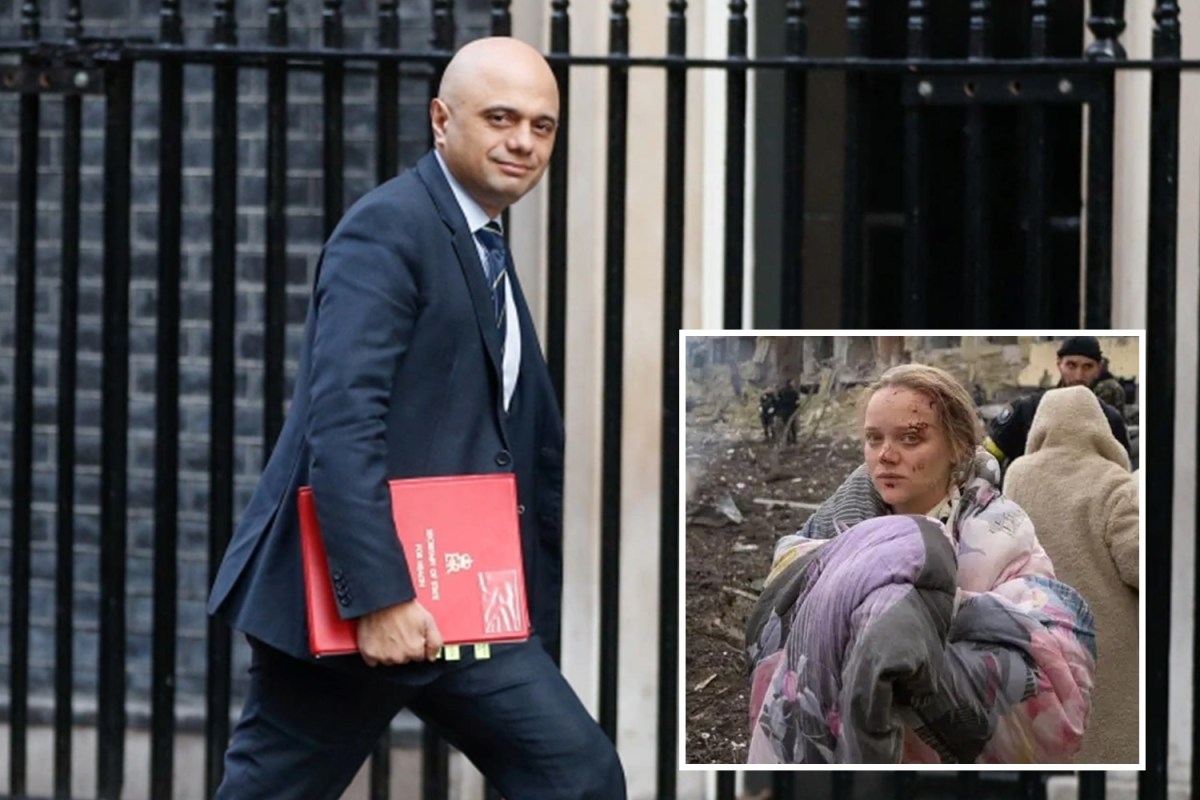 AROUND 20 sick Ukrainian kids will be flown to Britain for cancer treatment, The Sun can reveal.

Health Secretary Sajid Javid has ordered a jet to bring the blighted tots to the UK after Putin’s invasion closed down their hospital and cut them off from vital treatment.

Ministers are working with their counterparts in Kyiv to fast-track visa for the kids to save their lives.

Last night a health source told The Sun: “We are urgently making plans to evacuate a number of children and their families to the UK where they will be looked after and receive NHS treatment for their conditions.”

It is understood that the plan was signed off by Mr Javid yesterday, with a specially chartered plan being organised in the coming days.

“I don’t believe most Russian people would support these war crimes against their Ukrainian neighbours – no wonder Putin tries to hide behind propaganda.”

The UK has sent more than half a million items of medical supplies to Ukraine, including vital medicines, wound packs and intensive care equipment.

It comes after at least seventeen people were today wounded after a Russian airstrike destroyed a maternity hospital in the besieged city of Mariupol, Ukraine has claimed.

President Volodymyr Zelenskyy claimed children were left buried under the rubble after the strike on Wednesday afternoon and branded the attack an “atrocity”.