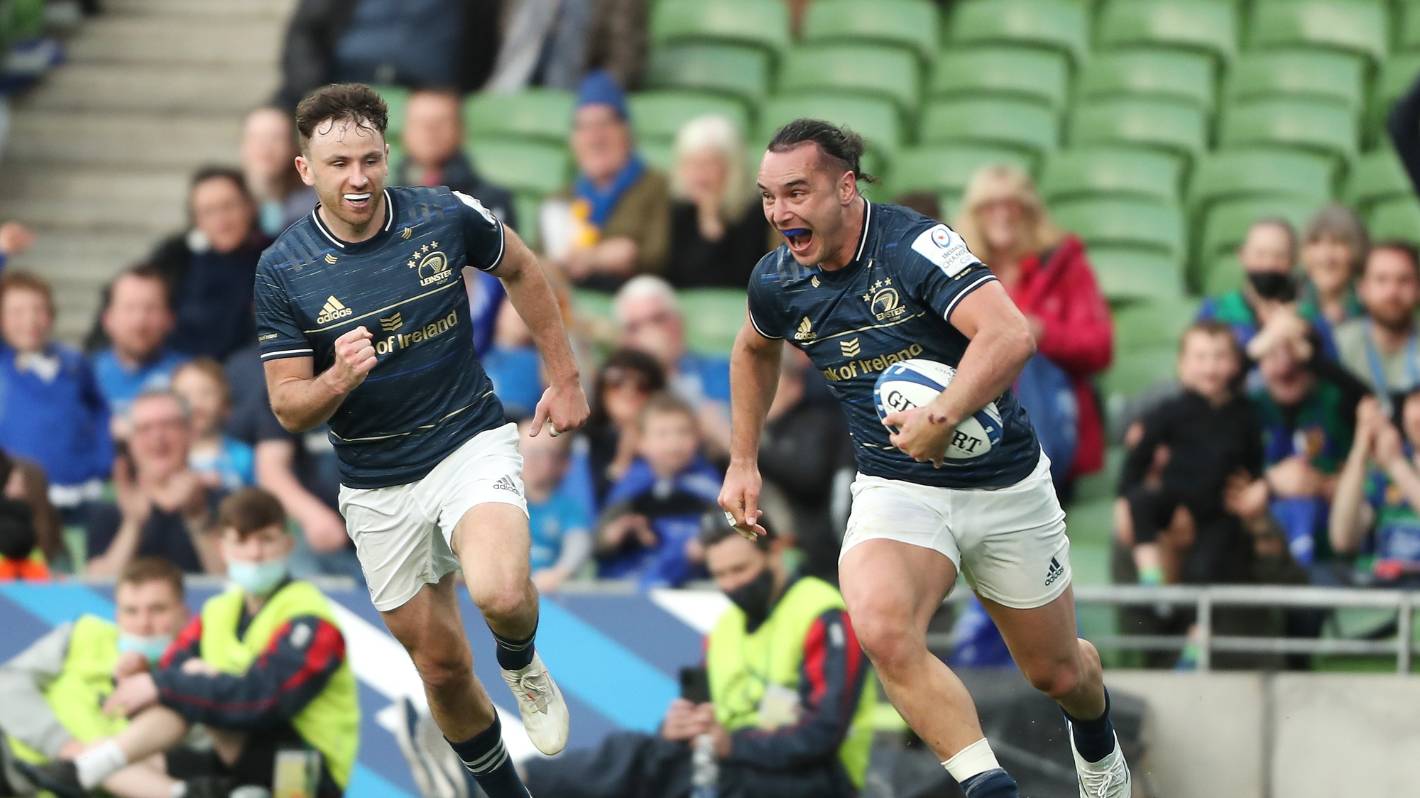 The 29-year-old former Chiefs and Māori All Blacks player suffered a leg injury near the end of Leinster’s 40-17 win on Saturday (Sunday NZ time).

But coach Leo Cullen was confident Lowe – who has 12 caps for Ireland – would be fit for the final.

“James, it was just on his shin I think, but it didn’t seem to be too bad. We’ll see over the next couple of days,’’ Cullen said at the post-match press conference.

He was also hopeful that Ireland tighthead prop Tadhg Furlong, who limped off after 17 minutes, would not be a long-term casualty.

“Tadhg seems to be okay there now,” Cullen said.

“You can see him hobbling so he’s done something to his ankle but he doesn’t seem to be too bad. The extent of it will get figured out in the next couple of days.”

Flanker Josh van der Flier and fullback Hugo Keenan joined Lowe on the scoresheet for Leinster, who led 23-10 at halftime.

France test captain and world player of the year Antoine Dupont and Selevasio Tolofua – yet another French player of Wallis and Futuna descent – were Toulouse’s try-scorers.

Leinster’s Ireland flyhalf and captain Jonathan Sexton turned in a man of the match performance with a commanding display and 15 points with the boot, from three conversions and three penalties.

“Any time you get to a final you’re extremely happy, but in some ways it’s only half done.”

Leinster are four-time European champions, but Sexton noted that last time they made the final in 2019 they “got outplayed’’ by Saracens and lost 20-10 in Newcastle.

“But we’ve got to learn from that lesson and hopefully go one step further this year.”

Leinster last won the European Champions Cup in 2018 when they were captained by New Zealander Isa Nacewa. They still have the nucleus of that title-winning team, including Kiwi halfback Jamison Gibson-Park, who has since established him as Leinster and Ireland No 1.

Leinster’s final opponent will be the winner of an all-French clash between Racing 92 and 2021 beaten finalists La Rochelle in Paris on Sunday (Monday NZ time).

The final will be held in Paris at the Stade de France on May 27 or 28.