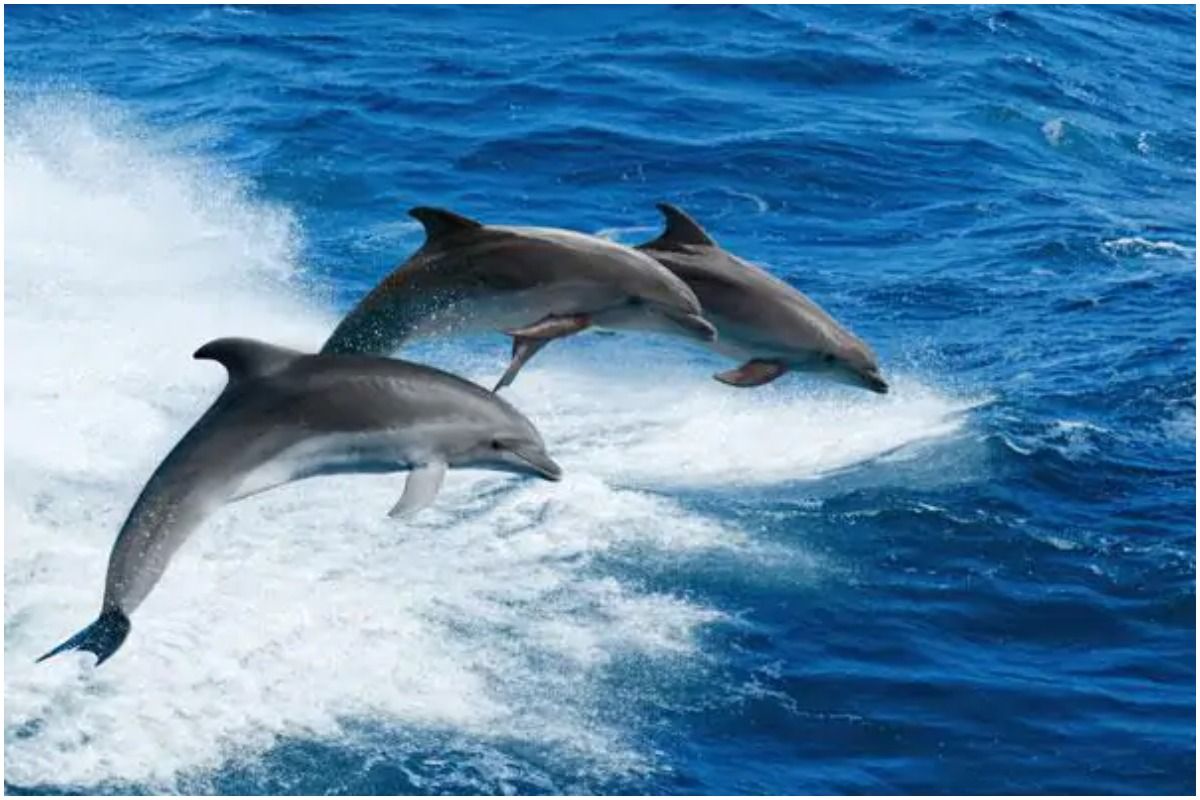 Jerusalem: Israeli troops attacked naval commandos of Hamas with a dolphin operative wearing specialised combat gear, claimed the Palestinian terrorist organistaion. According to a report by Al-Quds, Israeli security forces deployed a dolphin to chase Hamas frogman commandos off the Gaza Strip’s coast on Monday.Also Read – Have You Ever Seen a Pink Dolphin Yet? WATCH This Adorable Video to Get this Rare Sight

The militant Islamist group claimed in a video posted by its military wing, the Al-Qassam Brigades, to have captured a heavily armed Israeli dolphin off the coast of Gaza. An Al-Qassam Brigades naval commando spokesperson said in a video that Hamas naval operatives were driven into the water by a dolphin outfitted with a gadget capable of killing the terrorist group’s frogmen during an unspecified operation. Also Read – Video Captures 3 Men Using Axe and Lathis To Kill Rare Gangetic Dolphin, Laugh After Watching Blood

Killer Zionist dolphins exist, according to a Hamas publication. Abu Hamza explains that a member of Hamas’ Frogman unit who was killed by Israel during the May conflict found the killer dolphin. The device the alleged killer dolphin was wearing is shown in the publication. pic.twitter.com/gvAyynO3YT

“Abu Hamza explains that a member of Hamas’ Frogman unit who was killed by Israel during the May conflict found the killer dolphin. The device the alleged killer dolphin was wearing is shown in the publication.”

The type and function of the underwater attacker’s device were not revealed, but Al-Quds claimed to have information from sources about another battle cetacean event in August 2015 involving a remote control, a camera, and a weapon capable of firing harpoon-like missiles.

The Al-Quds sources said that Hamas had captured an Israeli dolphin agent in 2015, but they did not say what happened to the military mereswine, which could still be held captive.

The sea mammal was allegedly “stripped of its will” and transformed into a “murderer” by Israeli authorities, according to the BBC.

Previous reports of deadly Israeli dolphins and other militaristic marine animals have become memetic on social media, as evidenced by the popular satirical Mossad Twitter account’s tagline: “We install lasers on aquatic animals and other satirical hijinks.”

Hamas’ latest claim that Israel has hidden soldiers has been widely mocked online.

Some Twitter users wondered if the dolphin was equipped with laser guns, alluding to villains in the comedy film Austin Powers who demand sharks with lasers connected to their heads.

(With inputs from agencies)