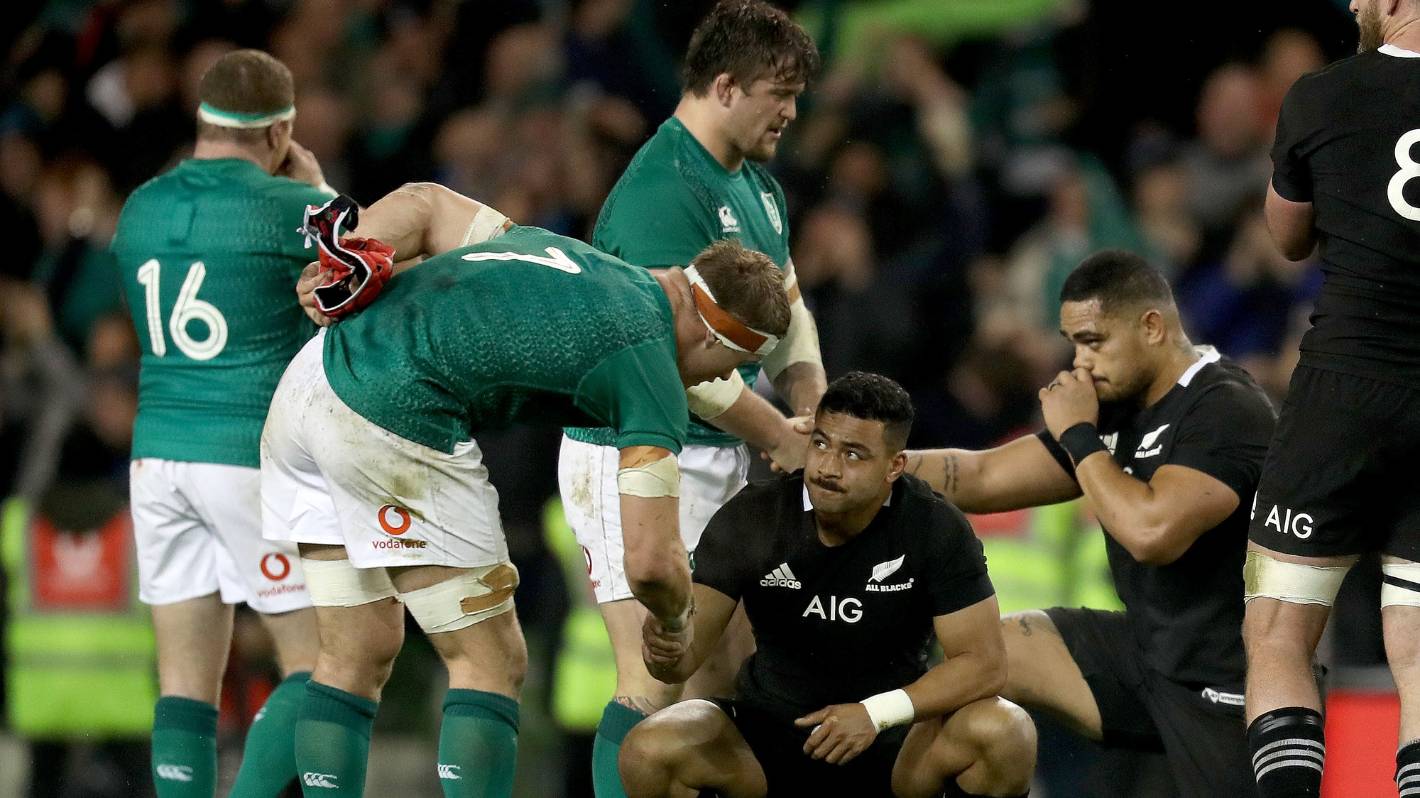 Irish rugby great Ronan O’Gara sees this weekend’s test against the All Blacks in Dublin as a 50-50 match, heartened by a refreshing approach from the men in green.

O’Gara, the Irish points machine now making his way in the coaching game after a spell with the Crusaders, liked what he saw in Ireland’s 60-5 demolition of Japan last weekend though he knows this is a massive step up.

But he feels Ireland have justified optimism to again trouble the All Blacks after being a thorn in their side in recent years.

Beauden Barrett reveals what’s behind his recent form – “I still feel young, energetic and driven to be my best.”

“Ireland will test them. I think Ireland are a very intelligent team now. For me, it’s a very 50-50 game,” O’Gara told the Irish Examiner.

READ MORE:
* All Blacks: Why Steve Hansen asked to speak to Irish players after 2013 drama
* Wallabies wary of Eddie Jones mind games ahead of England test at Twickenham
* ‘Timing is right for Ireland as energy drains out of All Blacks’

“I think if Ireland get ahead, they could be very hard to catch because they are so disciplined as well .

“But then, the beauty of playing the All Blacks is that you get one kick-exit wrong or you get one miskick poorly placed …”

O’Gara felt there was much to take from the win over Japan in approach and attitude.

“What was so refreshing last weekend was Ireland’s ability to have a go,” O’Gara told the Irish Examiner.

“We haven’t seen that in a long, long time and I think that has re-energised and reawoken so many of us who love watching the Irish rugby team.

“Japan isn’t the barometer and I think you’ll get a real gauge this weekend of where Ireland are from a tactical point of view but also from a performance point of view.

“But, to see how Ireland played at the weekend caught me by surprise, and it gave me huge optimism to watch this team going forward.

“We saw that was an incredible part of the game, and we saw at the weekend that it doesn’t have to be necessarily at all.”

O’Gara felt Ireland now had attacking strengths across the field, and they had shown a penchant to use them all against Japan.

The test would be to show that against the All Blacks and Sexton felt they had the pack to set up a platform.

“Their ruck seems to be very good but the massive shift was, I suppose, people running very good lines and running into holes as opposed to running into bodies.”

O’Gara felt this autumn series in Europe was the perfect time for Ireland coach Andy Farrell to start setting the platform for his 2023 World Cup campaign.

“I think as an ex-player what disappoints me the most would probably be the under-performance at World Cups,” he said.

“We’re stars at getting it right between cycles but never right on the cycle that matters, so that will have to be something that has to be reviewed.

“But maybe the fact that (the performance against) Japan went much better than anticipated, you go extremely strong for New Zealand and then see where you are.”