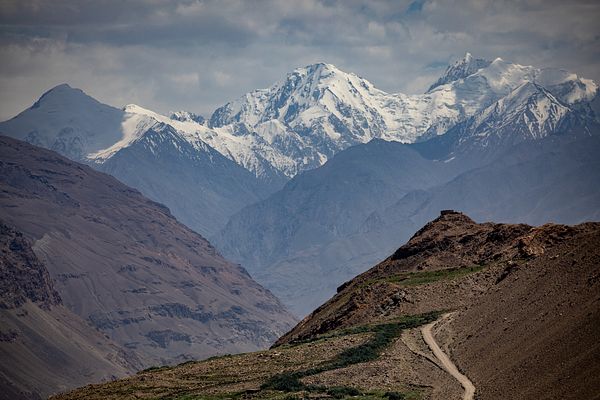 In late November 2021, internet connections in Tajikistan’s eastern Gorno-Badakhshan Autonomous Oblast (GBAO) were severed following the killing of a local man, Gulbiddin Ziyobekov, by security forces and subsequent protests. The authorities promised to investigate the killing and restore internet access.

Six months later, Ziyobekov’s killing stands as just the first in a number of deaths in the region at the hands of security forces in GBAO — who claim, without presenting evidence, to be confronting militants and criminals — and the internet is again cut off.

Service was restored to three districts in GBAO in December, and partially restored to the regional capital, Khorugh — although limited to banks and government offices. In february, Human Rights Watch called for the restoration of internet to GBAO, a sentiment echoed by the U.S. embassy in Dushanbe on March 16 in tandem with celebrating Freedom of Information Day in the United States. The internet was restored in a limited capacity in late March, but as violence broke out in mid-May, the internet was again severed.

Only around a third of the Tajik population has access to the internet, which Altynay Karimova wrote in an analysis of regional internet conditions for Cabar in 2021 was “expensive and slow.” For those who rely on the internet, from business owners to pharmacies to students, the cut-off has been devastating, interrupting deals, the ordering of medicines, and university applications alike.

Although it encompasses around 40 percent of Tajikistan’s territory, just 2.4 percent of Tajikistan’s population of 9.5 million call GBAO home. At the same time, according to official government statistics unemployment in GBAO is 19.3 percent in comparison to 4.1 percent nationwide. The true figures are believed to be much higher. Political scientist Parviz Mullojanov told The Guardian earlier this year: “While in the rest of Tajikistan the level of unemployment is about 15–18% of the population, in the GBAO it is estimated to be as much as 30%.”

The Tajik government is no stranger to pulling the plug on internet services in GBAO, which have the effect of making the region less attractive for the investment or development its economy needs. Layered atop routine unrest, often instigated by government forces in pursuit of locally powerful figures who stepped out of line, and the region’s economic woes are all but impossible to address. Meanwhile, internet cut-offs and media intimidation prevent journalists from covering events in the region. The two go hand-in-hand.

Most infamously, in 2012 amid a government operation against former United Tajik Opposition (UTO) commanders-turned-local powerbrokers in Khorugh, the then-head of the state communications service attributed the severing of telephone, mobile, and internet connections in the region to a “stray bullet.” Telia — a Swedish-Finnish telecom giant which had a presence in the Eurasian market before making an exit about five years ago — at the time issued a press release that networks in GBAO were “shut down at the request of the government from July 25 [2012].”

In both 2014 and 2016, Tajik authorities blocked several websites, including that of Asia-Plus, one of the few independent Tajik news sites still standing. Amid the latest round of unrest in GBAO, Asia-Plus announced it would no longer cover the events in GBAO “under threat of closure.”

The same day, four journalists — affiliated with RFE/RL’s Tajik Service and Current Time — were attacked in Dushanbe after interviewing Ulfatkhonim Mamadshoeva, a journalist and civil activist. Mamadshoeva was then summoned for questioning by the State Committee for National Security, who have accused her (among others) of organizing protests on May 16 that turned deadly. She was detained, allegedly on charges of making public calls for the violent overthrow of the government, and her case classified. Meanwhile, back in Khorugh, Mahmadboqir Mahmadboqirov, a former UTO commander, was killed on May 22. He was among those accused of organizing protests. The authorities claim he died as a “result of internal clashes between criminal groups” — locals say government forces killed him.

Ostensibly, the rationale for curtailing the internet in a restive region is to limit communication, both between those the government views as its enemies and between the region’s people and journalists, locally and internationally. But people find a way, as evidenced by ongoing reports from and about the region. Given Tajikistan’s sizeable diaspora communities, with many civil and political activists exiled to Europe, there are ways around the shroud Dushanbe has tried to throw over the events in GBAO.

In April, a group of U.N. experts issued a statement expressing concern over the tensions in GBAO and urged the protection of the Pamiri minority that calls the region home.

“We are particularly concerned by the use of internet restrictions to clamp down on protests and the media. Tajik authorities must respect the freedoms of peaceful assembly and of expression,” they said.

And yet, internet access in of itself is not enough. As useful as the internet is in aiding communication, it can also be a festering cesspool of misinformation and hate.

The U.N. experts noted that when internet connectivity was restored on March 21 — to 2G only, which limited website access — “reports said the harassment and violence against Pamiri activists had spiralled.” With the detention of Pamiri activists, like Mamadshoeva, and the killing of local figures, like Mahmadboqirov, the people of GBAO need more than a reliable internet connection.