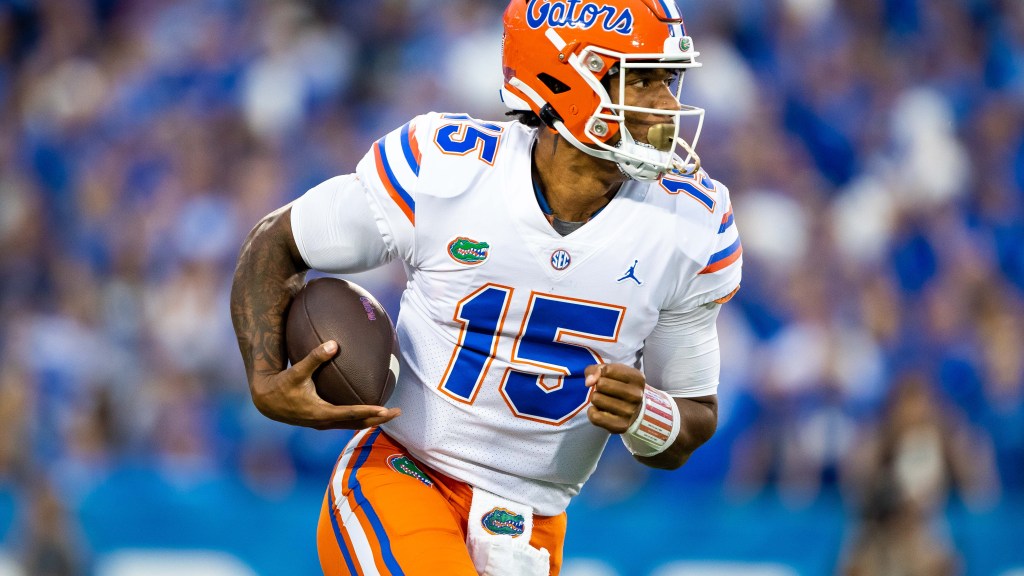 Anthony Richardson, Florida’s explosive freshman quarterback, will be getting his second career start on Saturday against Florida State, according to Gator Sports.

Emory Jones, the team’s planned starter, went down with an ankle injury during practice on Monday and is now considered doubtful for Saturday. The extent of Jones’ injury is unknown but Richardson has taken the majority of first-team reps this week.

Gator Nation got its first taste of the AR-15 era against LSU when Richardson nearly led the Gators to a comeback before throwing an interception on the game’s final drive. Richardson’s performance was good enough to earn him the start against Georgia after the bye, or maybe Jones was just that uninspiring in the loss. Either way, the team had a new starter against one of the program’s most hated rivals.

Things didn’t go well against Georgia. Richardson threw for just 82 yards and added two more interceptions to his season total. A concussion knocked Richardson out for the second half of the game, and a dancing injury among others in practice kept him out of the team’s next two games as well.

So now Florida is once again poised to face one of its most hated rivals with Richardson under center. The Seminoles don’t have nearly as good a defense as the Bulldogs did, and Richardson grew up watching the rivalry unfold in Gainesville. Both teams need a win on Saturday to become bowl eligible, setting up an almost movie-like scenario for Richardson to bring hope to the Gators after a trainwreck of a season.

The freshman can afford to make a few mistakes this time around, but he’ll need to be at his best with presumably no one to back him up.

UPDATE: Gator Sports’ Zach Abolverdi has provided further updates on Florida’s quarterback situation going into Saturday. Jones’ injury may not be too serious as one source said that he returned to practice on Wednesday. It’s unclear how reps were split that day. Richardson could still make the start on Saturday, but it sounds like Jones is back in play.