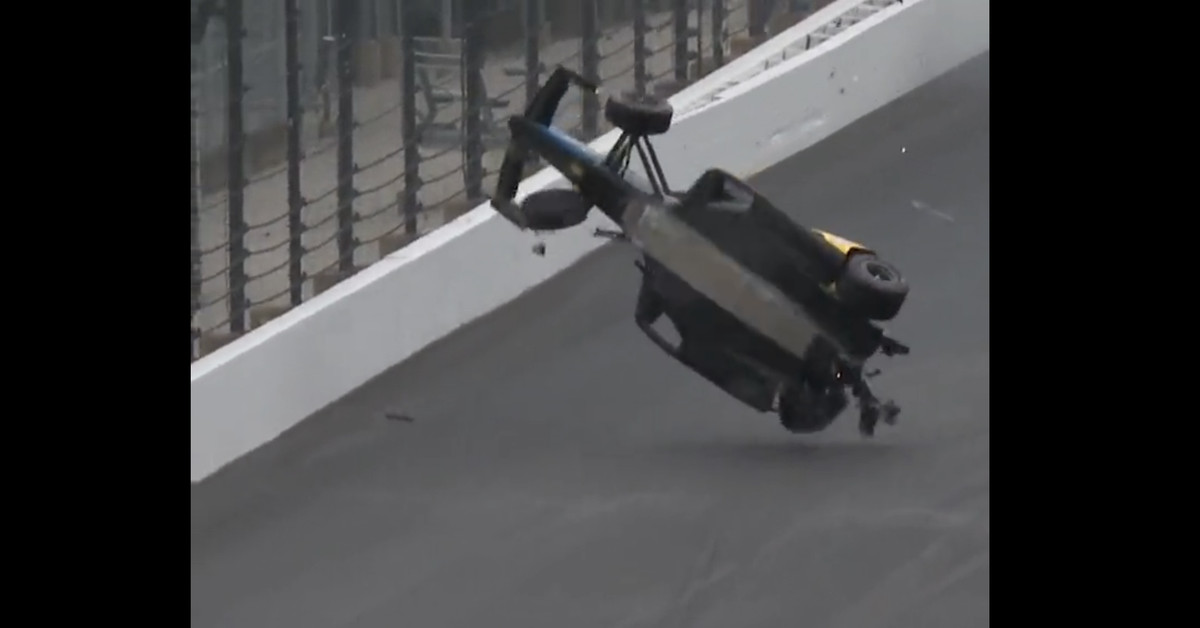 Colton Herta is lucky to be able to walk away from the horrifying crash during practice for the Indy 500. Herta attempted to make an adjustment when he lost the back end of his Honda, cashing into the wall and becoming airborne.

“It happened really fast. I’m fine,” Herta said. “I’d be fine going right back out there, but the car is destroyed.”

As for Herta, he remarked at these improvements.

“Very impressive,” Herta said of the safety built into Indy cars. “It was 60 or 70 gs of a hit, very impressive when you can hit that and still be standing and fine and no major injuries. (The safety workers) were there very fast to roll me back over; that’s the worst feeling as a driver is hanging there upside down.

This is truly remarkable.