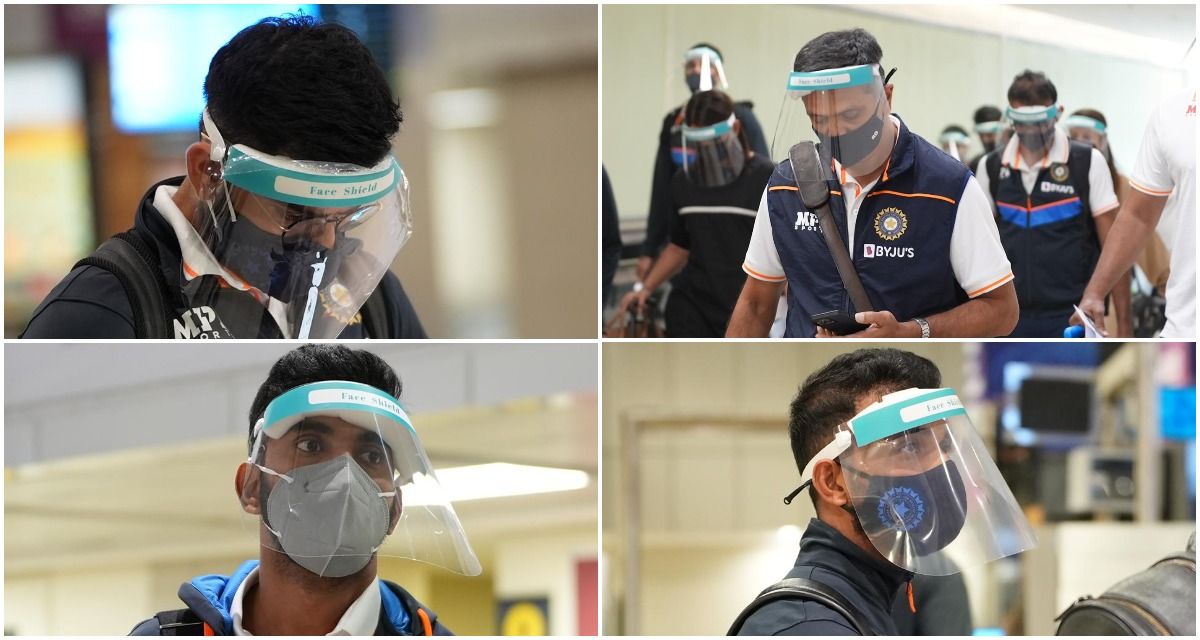 Johannesburg, Dec 16: The Men in Blue led by Virat Kohli has touched down South Africa on Thursday and now will undergo mandatory quarantine ahead of the 1st Test against the Proteas at the Centurion on 26th December.Also Read – Highlights | Virat Kohli vs BCCI Updates: ‘We Will Deal With it Appropriately’ – Ganguly

There were questions among the fans, why Virat Kohli’s picture wasn’t added on social media amid Kohli-Ganguly row, when the team took off from Mumbai. Now they can finally see the RCB man’s picture. Also Read – A Good Chef Knows What to Show And What Not to: Pragyan Ojha on Virat Kohli’s Press Conference

“Touchdown South Africa,” the BCCI posted on its official Twitter handle along with pictures of team members, including Test specialist Cheteshwar Pujara, Shardul Thakur and Shreyas Iyer among others. Also Read – Kapil Dev: Not Good to Point Fingers on Anybody Before Big Tour Like South Africa, Virat Kohli’s Timing Not Right

The Kohli-led Test side had departed from Mumbai for the tour that also includes three ODIs in January.

Given the threat posed by the new COVID-19 variant Omicron, the tour’s T20 matches have been postponed for now and the two teams will stay in a bio-bubble for the duration of the series.

Star opener and newly-appointed white ball captain Rohit Sharma has been ruled out after sustaining a left hamstring injury during a training session in Mumbai.

He was replaced by talented Gujarat opener Priyank Panchal.

The side’s build-up to the series has been marred by controversies surrounding captaincy and the issue snowballed into a major controversy on Wednesday when Kohli said that the Board’s assertion of trying to stop him from giving up T20 captaincy was “inaccurate.”

He stepped down as T20 captain after the disastrous World Cup campaign in the UAE and was subsequently removed as ODI captain earlier this month.

While the series-opener will be hosted by Centurion, the other two Tests will be played at Johannesburg and Cape Town respectively.

The Test team’s vice captain is yet to be announced after Rohit’s injury. He had replaced a woefully out of form Ajinkya Rahane.