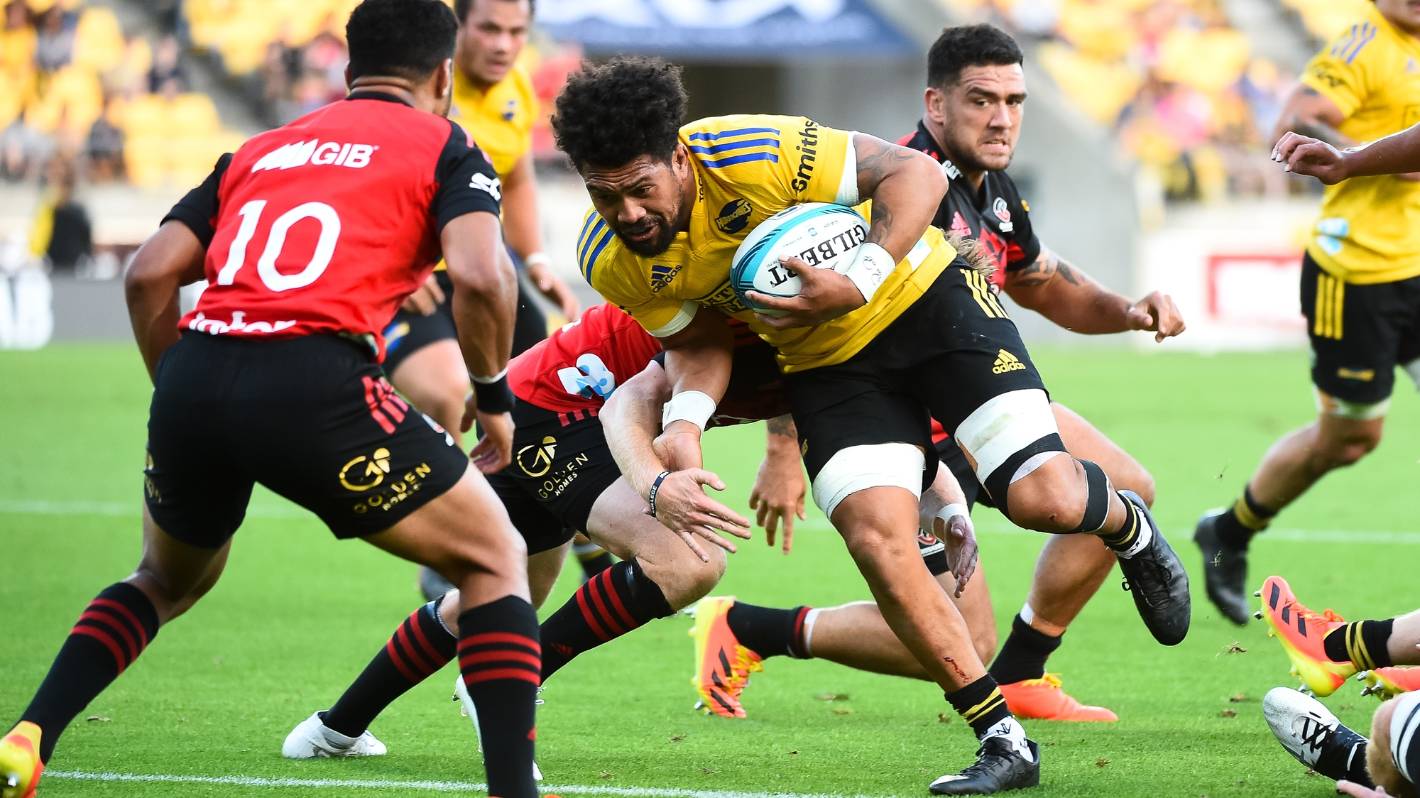 Frustrated Hurricanes captain Ardie Savea has put the standard of refereeing in Super Rugby Pacific firmly in the spotlight following a 24-21 loss to the Crusaders on Saturday.

In the last lineout of the game with the Hurricanes just five metres from the Crusaders’ line, Savea appeared to be played in the air by Crusaders captain Scott Barrett – an infringement that should have resulted in a penalty.

That sparked wild celebrations among the Crusaders players, but Savea and Jordie Barrett were clearly incensed, and Savea issued some carefully chosen words in his post-match interview with Sky.

“I’ve got to take a breath mate. I’m lost for words,” he told Sky TV. “I’ve seen some calls that go the other way but unfortunately it didn’t happen tonight.

”We came out here and we wanted to prove a point. The Crusaders, they’re the best team in this competition and I’m proud of my boys’ efforts.

“They just missed out in the end. As a leader I like to put pressure on, and demand from the officials and making sure they’re doing everything they can to get these calls right.

“At the end of the day, it can come to either-or, and we get an apology the next week but it’s too late. Without saying anything disrespectful, I’d just love to have the officials demand better.”

The criticism means New Zealand Rugby referees boss Bryce Lawrence may have work to do next week, as Savea’s words are certain to generate a discussion about officiating in general.

The incident happened at the end of the pulsating match in the capital on Saturday, and there will also be debate about the Hurricanes’ decision to kick to touch when trailing 24-21, as a successful penalty would have sent the game into extra time.

Barrett would have been at short odds to land the three points, but having rolled the dice the Hurricanes will certainly feel that Pickerill needed to be on the lookout for a Crusaders infringement.

The loss leaves the Hurricanes in eighth place on the ladder, with two wins and 11 competition points. They have a quick turnaround in a catchup game against Moana Pasifika in Wellington on Tuesday.