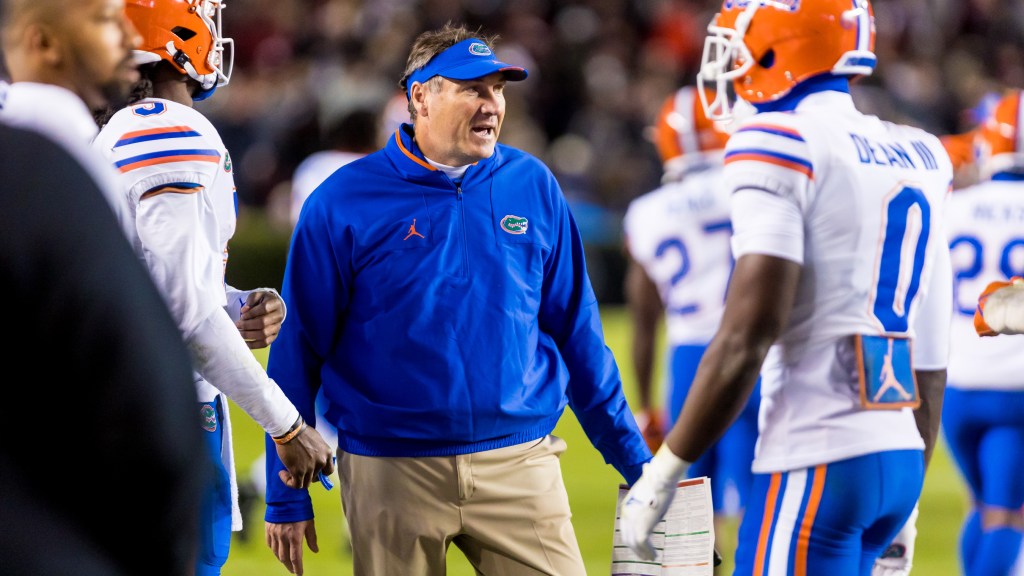 We don’t know if Florida will fire Dan Mullen, but it’s a strong possibility after the Gators were noncompetitive in a 40-17 loss to South Carolina on Saturday night. South Carolina was playing its third-string quarterback and had very nearly lost to Vanderbilt earlier this season. Florida trailed by 30 before losing by 23. It’s certainly possible that Mullen will be canned.

If that happens, how does it affect USC?

The main point of focus for the Trojans is and has been the tug of war between James Franklin and Luke Fickell at the top of Mike Bohn’s big board. It’s not as though Franklin and Fickell have made any moves or signals that they want the USC job in particular. The point is that they have always stood out as obvious possibilities for Mike Bohn.

Do we know for a fact these are Bohn’s top two choices? No … but we do know that Franklin has hired Jimmy Sexton as his agent, which points to a desire to maximize his income and his leverage. Franklin is certainly weighing options; we just don’t know the specific or final destination he has in mind.

We know that Mike Bohn and Luke Fickell know each other well from their days at Cincinnati, where Fickell still coaches. Bohn might have another candidate in mind, but Franklin and Fickell have been at the forefront of industry-wide chatter more than any other coaches, including Matt Campbell of Iowa State and Dave Aranda of Baylor. They are strong possibilities for USC, so anything which affects either of their candidacies rates as something worth following in the final weeks before Bohn begins interviewing candidates and arrives at his fateful decision.

We have discussed how the rise of Mel Tucker at LSU has displaced James Franklin. Now, however, the possibility of the Florida job opening up gives Franklin another possible runway to return to the SEC, where he previously coached at Vanderbilt. Franklin’s knowledge of the SEC recruiting landscape would obviously be appealing to Florida, given how badly Mullen has recruited. No, Franklin can’t scheme or call plays on offense the way Mullen can, but the recruiting gap is a substantial counterbalance in Franklin’s favor.

One could see Franklin and Lane Kiffin as the top candidates for the Florida job, with Aranda still in the mix at LSU if his Baylor team can upset Oklahoma and Mel Tucker’s Michigan State team gets blown out by Ohio State later this month.

Franklin is involved in a multi-part drama. Any forces which might pull him to Florida pull him away from USC, and intensify the focus on Luke Fickell, who is still probably the man who will get the first chance to either accept or reject a job offer from Mike Bohn, his former boss.

As we have said, many people think Fickell will stay put in the Midwest, and that Matt Campbell will do the same. We don’t know if they would reject USC, but that is a strong possibility. This means USC could have to get a coach from Mike Bohn’s fourth or fifth choice.

Could it be Aranda? Could it be Dave Clawson of Wake Forest, in spite of Wake’s loss to North Carolina? We’ll just have to wait and see.

The bottom line: If Florida does come open, James Franklin has another non-USC path to consider. He might want to come to Los Angeles, but Florida could certainly prove to be an obstacle.