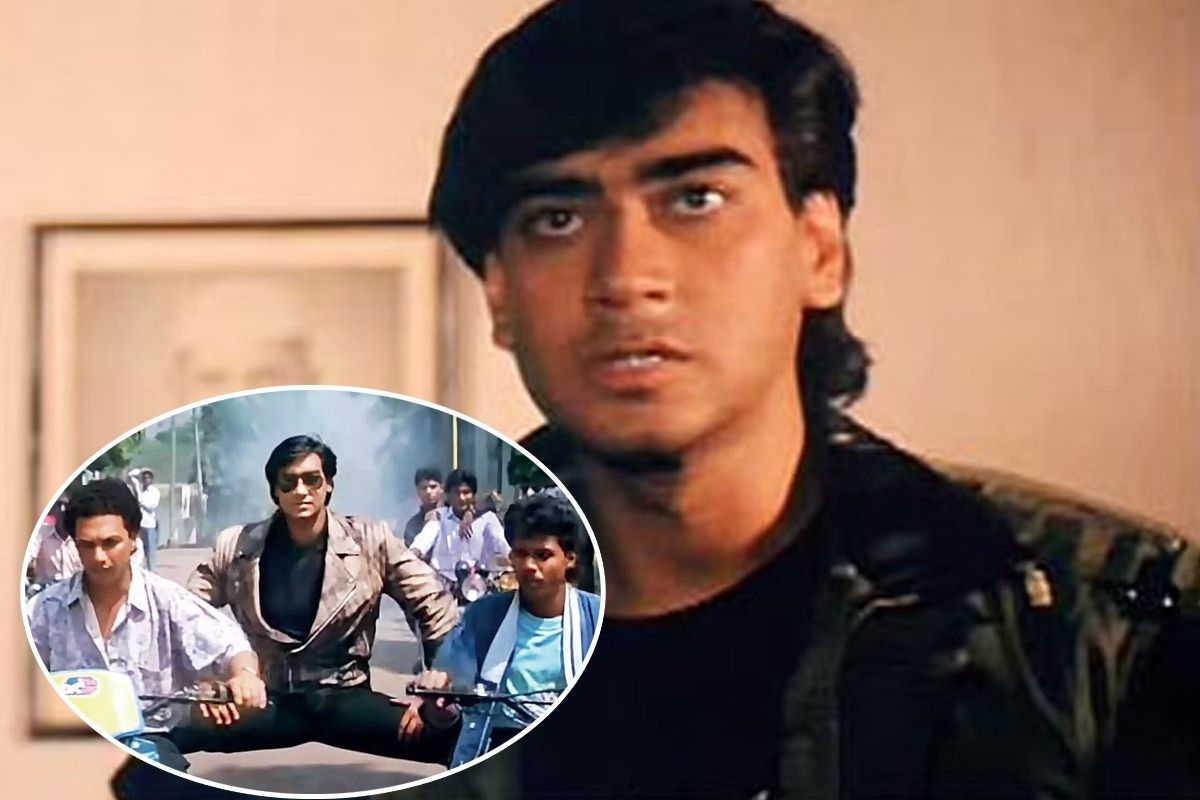 Mumbai: We all remember Ajay Devgn split standing on two bikes, blowing kisses to girls as he entered his college in his debut movie Phool aur Kaante. This is still, without a doubt, one of Bollywood’s best opening moments. Phool aur Kaante was special since it introduced him to the world of ultimate fame. It’s been 30 years now and in a recent interview, Ajay Devgn shared experiences and anecdotes from the movie and talked about how this film helped him shape his career in Bollywood.Also Read – Sooryavanshi Day 11 BO Collection: Akshay Kumar-Katrina Kaif Starrer Crosses Rs 235 Crore Worldwide, Rohit Shetty Reacts

Reminiscing about his debut, the actor said, “Celebrating 30 years of ‘Phool aur Kaante’ is special. This film marked my debut in the Indian movie industry. I did not ever think that a stunt scene — the one that had me entering astride two motorcycles — would become such a defining moment in my career. I still remember the thrill I felt when I performed that split on those moving bikes.” Also Read – Rohit Shetty Breaks Silence on ‘Good Muslim, Bad Muslim’ Narrative in Sooryavanshi After Criticism

It was also special because Bollywood’s action master, Veeru Devgan, the actor’s father, directed that shot and he did not use stunt doubles. Talking about his journey, Devgn said, “Since then, Hindi cinema has widened its horizons and I am fortunate to be a part of this ever-evolving industry. It feels surreal and emotional to revisit ‘Phool Aur Kaante’ at the 30-year mark of my career.” Also Read – Sooryavanshi Box Office Sets New Records For Rohit Shetty, Beats Golmaal 3 With Rs 112.36 cr After 6 Days

Directed by Veeru Devgan, ‘Phool Aur Kaante’ tells the story of the son of a criminal don who establishes a happy family life away from the world of crime. He lives a picture-perfect life until the past finally catches up with him.

On the work front, Ajay Devgn recently made a short appearance in the Akshay Kumar-starrer Sooryavanshi. Apart from this, he has several projects in his pipeline. He will be seen in Boney Kapoor’s film Maidaan. He will also be seen in Alia Bhatt’s Gangubai Kathiawadi, RRR, MayDay, and Thank God.  Apart from it, he’ll be making his digital debut with Rudra – The Edge of Darkness.

(With inputs from IANS)