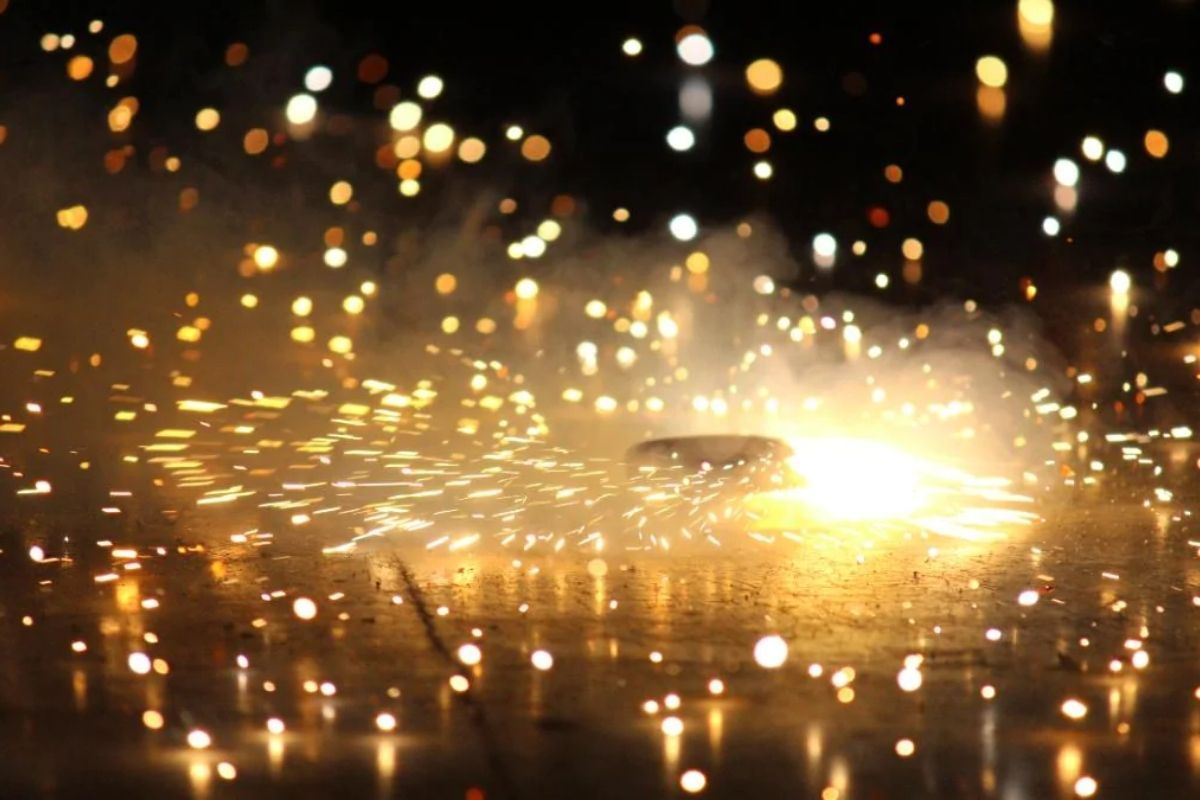 New Delhi: Keeping in mind the ongoing COVID pandemic and the increasing level of air pollution, a number of states across the country have imposes various restrictions. Starting from complete ban on firecrackers to making COVID test mandatory for visitors, these states have taken a series of preventive measures this year. Some states have imposed total ban on firecrackers, while some other states have  allowed the use of only green crackers during Diwali this year.Also Read – Negative Covid Report Must For Passengers Entering Tripura From These States | Read Details

However, the Supreme Court on Friday asked the states and Union Territories to strictly comply with its order regarding bursting of firecrackers and issued a clarification saying the ban was on firecrackers other than green ones and those with reduced emission (improved crackers). Also Read – Covid Vaccine For Children: FDA Approves Pfizer’s Low-Dose Jab For Kids Aged 5 To 11. Details Here

Delhi: Recently, the Delhi Pollution Control Committee ordered a total ban on the sale and bursting of firecrackers till January 1, 2022. On the other hand, Chief Minister Arvind Kejriwal, announced a ban on firecrackers on September 15, saying it was ‘essential to save lives’. Also Read – Serum Institute Seeks Permission From DCGI to Manufacture Covovax

Maharashtra: Taking preventive measures, the Maharashtra government issued directives keeping the air pollution and Covid-19 in mind and urged people to celebrate Diwali by lighting a lamp and avoiding firecrackers. Chief Minister Uddhav Thackeray has also urged the people not to overcrowd the market for Diwali shopping and follow Corona rules.

Punjab: The Punjab government allowed only two-hour window to burst green firecrackers on Diwali and Gurpurb across the state. However, the state government has imposed a complete ban in Jalandhar and Mandi Gobindgarh, from the Wednesday midnight onwards on account of poor air quality index (AQI) levels.

Karnataka: In new guidelines for Diwali, the Karnataka government on Saturday said only sellers having permission can sell green crackers at designated places outside residential areas between Nov 1 and 10. The state government also said that the 6-meter distance between shops a must.

Assam: Joining other states, the Assam Pollution Control Board also imposed a total ban on the bursting and selling of firecrackers in the state. However, the board allowed the selling and bursting of green crackers only for two hours, from 8 pm to 10 pm during Diwali, from 6 am to 8 am during Chhath Puja and on Christmas and on New Year’s Eve from 11:55 pm to 12:30 am.

Heavy Vehicles not allowed in Ghaziabad: Recently, the Ghaziabad traffic police has issued a diversion plan and stopped the entry of heavy vehicles to the city. Issuing an order, the local administration said the plan will be in place from October 29 to November 7.

Covid test must in Surat after Diwali: The Surat Municipal Corporation recently issued an order and made RT-PCR test report must for migrants workers returning to city.  As per the order, the COVID test must not be older than 72 hours. The Surat Municipal Corporation clarified that the rule will apply especially to those going outside the state and not for travellers within Gujarat.