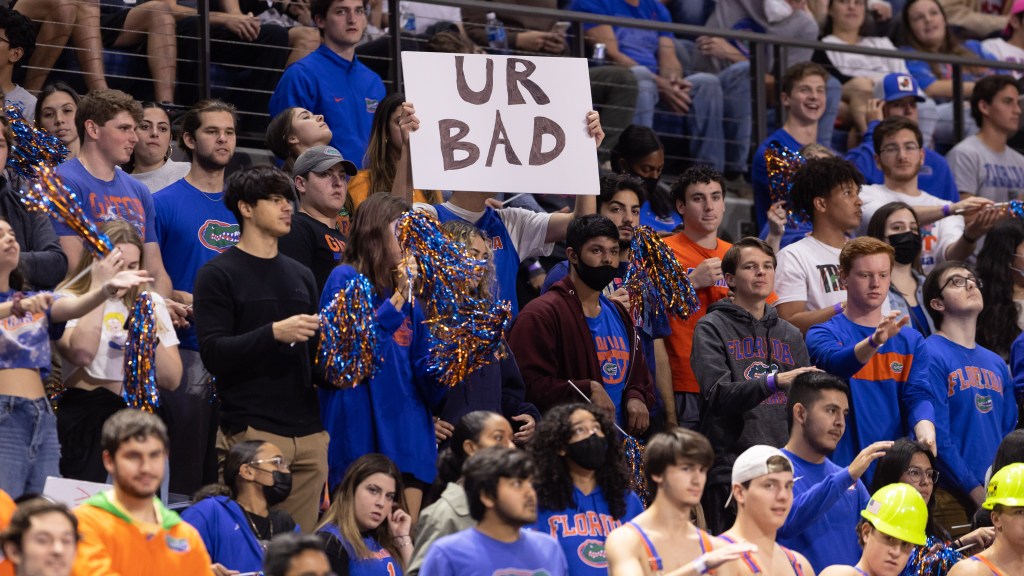 They say in sports that a win is a win, but this season Florida football has put that adage to the test with a few shaky victories during its 2021 campaign. The Gators’ latest triumph — a 70-52 shootout against FCS opponent the Samford Bulldogs — represents one of the emptiest wins ever on the hallowed grounds of Ben Hill Griffin Stadium.

The W did snap a three-game schneid — a losing streak that led to the firing of defensive coordinator Todd Grantham and offensive line coach John Hevesy after the embarrassing loss to South Carolina last weekend. The moves came as head coach Dan Mullen‘s coaching hot seat has seen the dial turned up to a near-raging inferno in recent days.

That fire has reached towering peaks on Saturday in what was essentially a loss for the Gators in most ways except for on the scoreboard. Inflamed with the fervor of frustration, Florida fans vented their emotions on Twitter as they watch their beloved football program go down like the Hindenberg.

Here is a look a the hottest, spiciest takes from Twitter as well as a few lame jokes following the game. Oh the humanity, indeed.

Dan Mullen at the half against Samford pic.twitter.com/c9vYxfY2ns

Time for Dan Mullen to start getting Headaches and move on.

You think if someone throws a shoe over their right shoulder backwards, the curse will be broken. #Gators

Thankfully I had my anxiety meds with me today. I took half at halftime. I was losing my shit. #Gators

Dan Mullen showing up to his office after the game. pic.twitter.com/VgEXVbi6qQ

So Dan Mullen fires his DC last week for giving up 40 points total to South Carolina. A week later he give us 42 in the 1st half to FCS Samford. Maybe you the problem Dan 😂😂

I find the theory that Mullen is using Florida as a stepping stone to the NFL fascinating. Most NFL coaches with pressers that are THAT bad don’t last long. Also, when’s the last time you saw an NFL HC do a presser in costume?

Dan Mullen was asked if this was a disappointing win.

Mullen: “Thank you Trent Crimm from the Independent.”

The football team is already starting to burn down. https://t.co/1H0JhRJeoo

An FCS school come into the swamp, “Y’all’s house” and set an offensive record against UF. 530 total yards of offense and 52 points scored against UF’s defense, Being happy for a win is fine but to celebrate like this, After (530/52), A win is a win, lol! https://t.co/wAdCGMUMOe

I love Dan Mullen in all, but if he we can’t get Charlie Strong or Will Muschamp…. For the love of God @Lane_Kiffin me pretty pretty plz!!! He would absolutely crush it at UF!!!

He would walk from Oxford to Gainesville for Gators job and if Florida loses to Mizzou or FSU Lazy Ass Dan Mullen gonna get his ass run! https://t.co/jOR78nVeJe pic.twitter.com/K7q2BFGakq

CFB in the state of Florida sucks right now. I’m glad it’s not just my #FloridaGators but it’s pretty depressing given where these programs have been in the past. I hope UF bounces back first though lol.

The longer @FloridaGators AD Stricklin waits to do the inevitable and separate from Mullen, the less time he will have to begin the process of finding a replacement. Beating Mizzou and FSU, neither of which is a given, doesn’t change the narrative enough to matter.


PHOTOS: Check out the highlights from Florida’s white-knuckled win over Samford