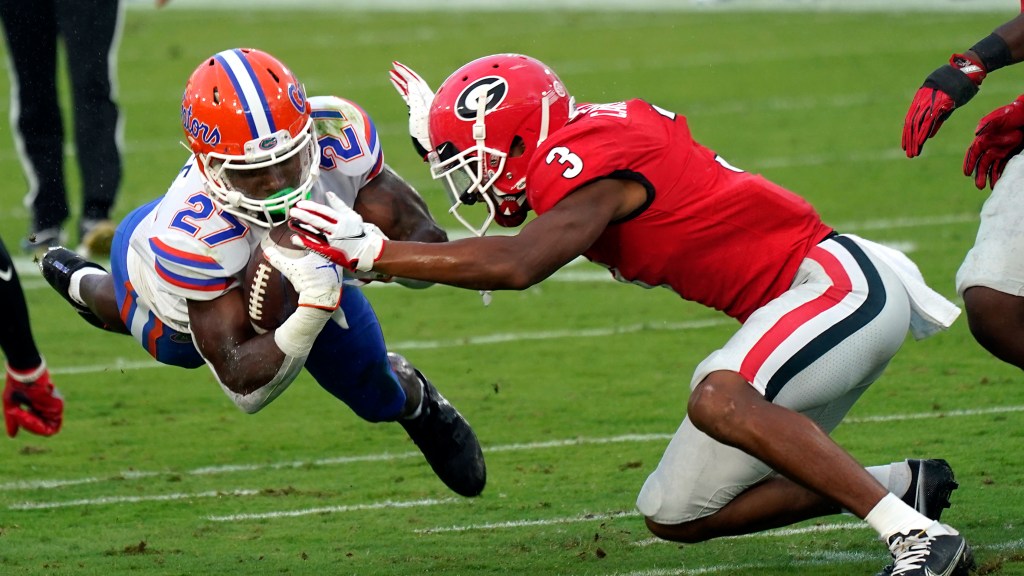 For the second time this season, Florida will take on the No. 1 team in the country on Saturday when the Georgia Bulldogs seek revenge for their loss to the Gators last season.

Georgia doesn’t just have the best team in the country right now, it has the kind of defense that’s only seen a few times a decade in college football. With that in mind, Florida’s offense is strong enough to give Georgia issues if all goes according to plan.

Once again, all eyes are on the quarterback position as the Gators prepare this week. Anthony Richardson replaced Emory Jones against LSU two weeks ago, but Dan Mullen said he’s expecting to play both quarterbacks against Georgia. Although both finished the last game with similar stats, the team stood a much better chance when Richardson was in.

Then, there are the running backs. Malik Davis and Dameon Pierce have done a great job sharing the load this season, but getting through Georgia’s front seven will be their toughest task of the year so far. Pierce’s bruiser-style of running may end up more effective against a tough matchup.

While getting the offense going is the main concern against one of the nation’s best defenses, Florida needs to limit Georgia on the other side of the ball too. After giving up a school-record 287 yards rushing to Tyrion Davis-Price, Mohamoud Diabate and the rest of the front seven should have worked on stopping the run over the bye week.

Georgia also has two quarterbacks, but it’s not quite in the same position as Florida. Stetson Bennett has filled in nicely for JT Daniels as he works through an injury, and it seems like either is a fine option to run the offense. If Daniels is still banged up, though, Florida could keep things close by getting to Bennett early. Both guys like to go to tight end Brock Bowers often, so Florida will have to make sure to limit him as well.

Georgia features several quality players but perhaps the two most impressive are linebacker Nakobe Dean and defensive tackle Jordan Davis. Both men are among the best in the country at their respective positions and should be selected early in the upcoming draft.