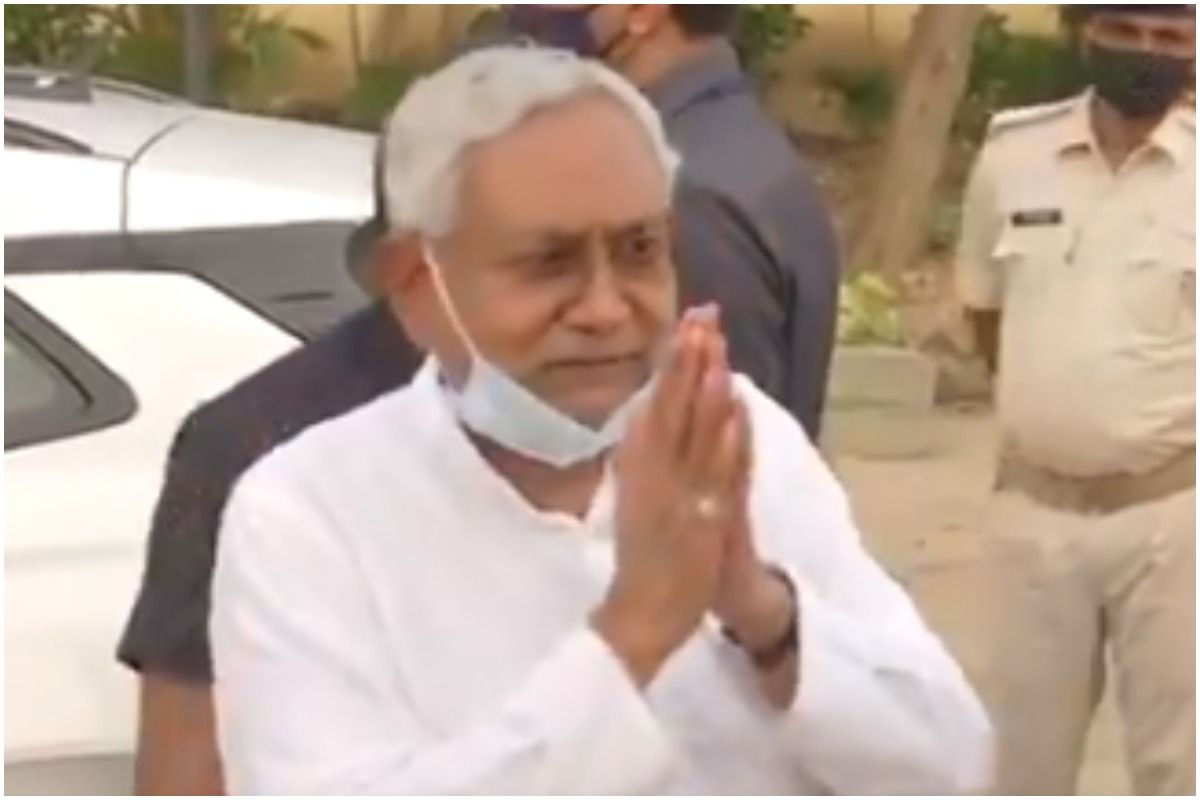 Patna: Hours after Rashtriya Janata Dal (RJD) chief Lalu Prasad made a shocking remark and said that he would ensure the “visarjan” of Bihar Chief Minister Nitish Kumar and the ruling National Democratic Alliance (NDA) in Bihar, the Janata Dal (United) chief, while addressing the reporter said that Yadav can get him “shot” if he wants to, but would not be able to do anything else.Also Read – Bihar Gram Panchayat Results 2021: Check Patna, Samastipur, Purnia and Others Results Here | Latest UPDATES

The RJD chief recently returned to his home state after more than three years after serving his jail term in the fodder scam case and undergoing treatment over various ailments. Also Read – Himachal Pradesh Schools To Remain Close Between These Dates. Details Here

#WATCH | Bihar CM Nitish Kumar says, “He can get me shot. He can’t do anything else. If he wants, he can get me shot…” when asked by reporters about RJD leader Lalu Yadav’s statement ‘I will ensure ‘visarjan’ of Nitish Kumar, NDA govt in Bihar’. pic.twitter.com/1oSaDGcgmP

Prasad, who was released from jail a few months ago, arrived here accompanied by wife Rabri Devi and eldest daughter Misa Bharti, at whose Delhi residence he had been putting up for medical help he needs for the multiple ailments he suffers from.

Chants in praise of the messiah of the poor rent the air as the haggard-looking septuagenarian walked out of the airport, with a shuffling gait, tiredly waving at the huge boisterous crowd.

Prasad was last seen here in September 2018, after which he returned to Ranchi to serve his sentences upon expiry of the period of his bail, granted to attend elder son Tej Pratap’s wedding and extended a number of times to help him avail medical treatment.

At the airport, Tej Pratap and his younger brother Tejashwi appeared to have buried the hatchet while receiving their father, who wore a green cap and had a ‘gamchha’ (traditional towel) of the same colour wrapped around his neck.

The former Bihar Chief Minister drove straight to his wife’s residence, much to the disappointment of journalists looking forward to some juicy quotes, for which the flamboyant leader has been known.

A large number of supporters was also seen outside Rabri Devi’s 10, Circular Road bungalow, situated right across the Chief Minister’s residence, and police and security personnel had to sweat it out to keep their enthusiasm under check.

Minutes later, Tej Pratap was seen leaving the house furiously, complaining of humiliation at the hands of state RJD chief Jagadanand Singh and MLC Sunil Singh whom he accused of preventing him from spending some time with his father.

The mercurial elder son, who has lost the spotlight to younger sibling Tejashwi, had been fuming since morning when posters were put up at some places welcoming his father. Tej Pratap’s photo was conspicuous by its absence in the poster which featured Tejashwi, Rabri Devi and Misa, among others.

I have nothing to do with the RJD henceforth. I am, though, a devoted son and will continue to dote on my father, said the maverick MLA whose run-ins with functionaries of his party keep making headlines.