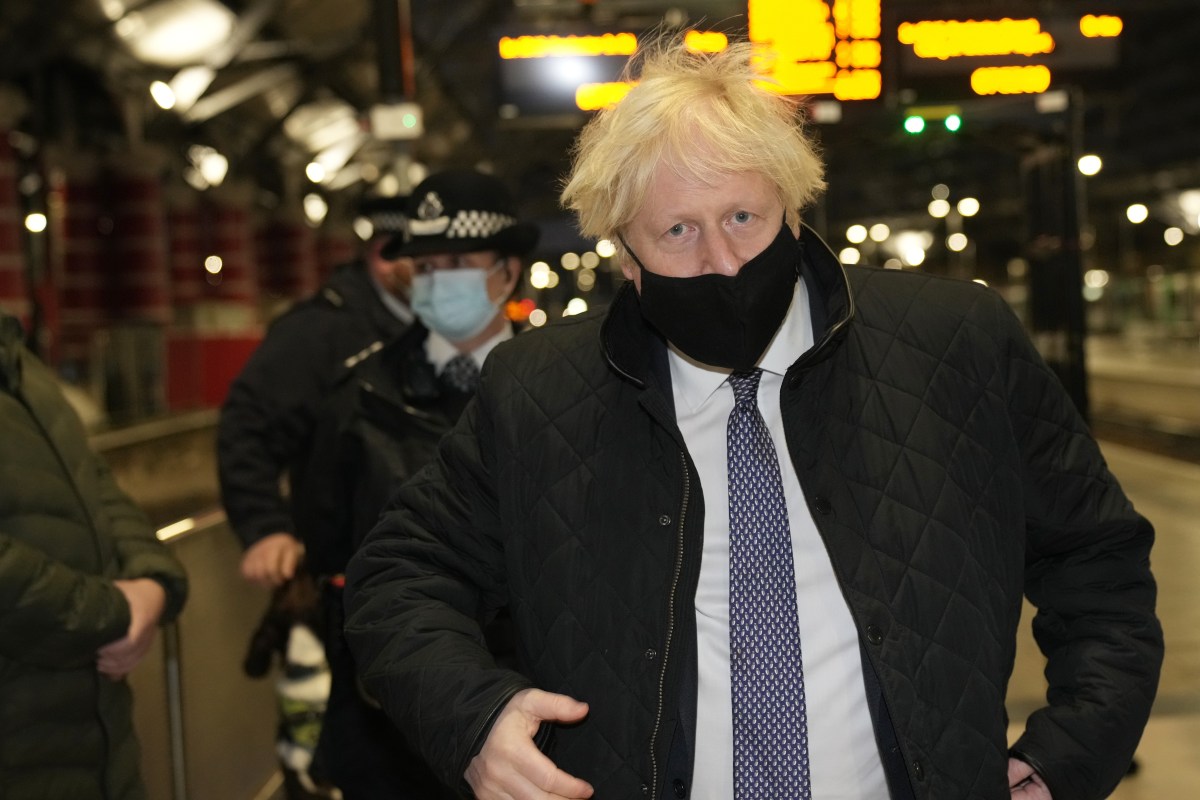 BORIS Johnson may have to impose harsher Covid restrictions in January as the price of keeping Britain open for Christmas, a SAGE expert has warned.

The leading statistician from Cambridge University added that the UK is about to enter one of the “highest-risk periods” of the year.

He drew parallels with the emergence of the Kent variant – later renamed Alpha – which wrecked families’ Christmas plans last winter.

The PM is known to be desperate to keep the country open this December to give weary Brits and struggling businesses a much-needed lift.

Boris today refused to rule out fresh social restrictions before Christmas but said he sees no need for further rule changes at the moment.

Speaking on a visit to Liverpool he said: “I don’t think that we need to change the overall guidance and advice we’re giving about Omicron in this country.

“We’re still waiting to see exactly how dangerous it is, what sort of effect it has in terms of deaths and hospitalisations.

“I’ve said many times now that I think that this Christmas will be considerably better than last Christmas.”

Sir David sits on the SAGE group of scientists which advises the Government about Covid, warned that could mean a tightening of restrictions next year.

He told Sky News: “Just like last year with the Alpha variant, this is a terrible time for a variant to come along.

“The next two weeks are probably some of the highest-risk periods, with a lot of indoor socialising that we know is extremely high risk.

“It’s appalling timing. I’m sure the Government would love not to disrupt Christmas. What happens after Christmas, of course, is another matter.

“The New Year is quite likely to bring a lot of challenges and, as SAGE have said, that could very well mean more stringent measures.”

Today another top scientist warned Omicron is spreading fast in Britain and there are likely already more than one thousand cases.

Professor Paul Hunter, from the school of medicine at the University of East Anglia, said the new variant is set to displace Delta within weeks.

He said: “The early signs are it will spread quite quickly and become the dominant variant, probably within the next weeks or a month or so.

“The big remaining question is actually how harmful it is if you do get Covid with this Omicron variant.

“That’s the question that we’re struggling to answer at the moment.”

He added Omicron appears to produce less severe illness in people than the Delta variant, but cautioned more data is needed.

He admitted that extra testing requirements are a “total pain” for families and will “cause difficulty” for the travel industry.

And he also expressed hopes that Omicron may prove to be a false alarm and said the new restrictions are “cautious and precautionary”.

Mr Malthouse said: “Obviously we don’t know completely what this variant is going to do.

“We know it seems to be quite infectious, but we don’t know yet exactly how difficult it’s going to be for people’s bodies to cope with that.

“We’ve got world leading scientists who are able to give us those answers over the next two or three weeks.”

He added: “In the meantime what the Prime Minister has said is ‘look, let’s be careful’.

“Fundamentally let’s be proportionate about it and get on with our lives to some extent and try and have as merry a Christmas as we possibly can.

The minister said he’ll be holding a small office party at a restaurant with around half a dozen staff and will be taking a lateral flow test beforehand.