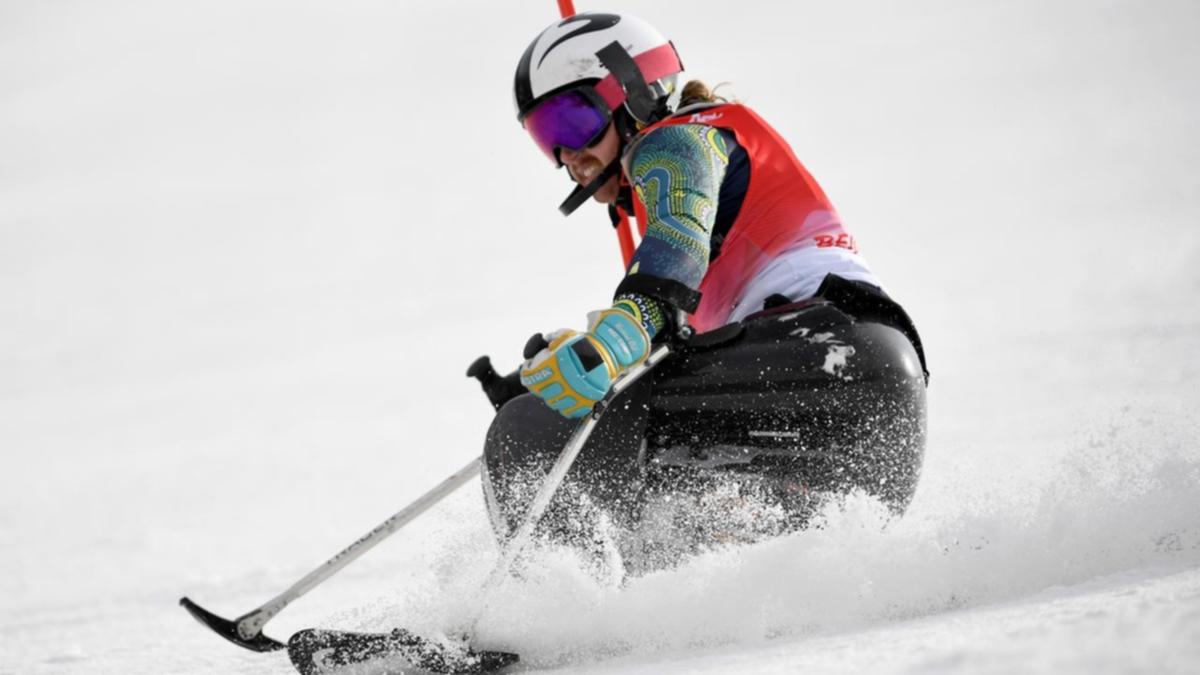 After only starting sit skiing in 2019, Hanlon, 24, came sixth in the slalom on the final day of the Winter Paralympics, after coming 11th in the giant slalom a day earlier.

“I feel very, very fresh. This whole season, everything’s just been so new but every place we’ve been I’ve got more comfortable and the harder snow’s gotten easier,” Hanlon said.

“Another couple of years and hopefully I’ll be at the top.

“Being so fresh, who knows where I can get to in the next couple of seasons.”

In 11th place after his first run on Sunday, Hanlon produced a gut-busting second effort to climb up to sixth in Sunday’s men’s sitting slalom.

“It wasn’t a great first run but second run was a bit better, so really happy.

“Just got those nerves out of the way and the snow was a bit more forgiving, although the course was so hard.

Gourley was 10th in his first run in the men’s standing on Sunday but failed to finish his second.

While the former world champion ends his Paralympic career without a medal in his four games, he was content.

“It’s been a tough week obviously but it’s been an emotional week,” Gourley said.

“The biggest thing for me was trying to prove to myself and make sure that I wasn’t here to make up the numbers, that I’m still competitive, and I think I did that.

“In sections of the GS and today’s slalom I proved that I’m still one of the best skiers in the world when I can string it together.”

Earlier, Patrick Jensen finished eighth in the vision impaired slalom, rounding out his second Paralympics campaign, which he described as a “10/10” experience.

Jensen completed all five alpine skiing disciplines and with his vision deteriorating, is set to transition from B2 to B1, for completely blind athletes, before Milano-Cortina.

“I definitely plan on competing on Cortina. If the plan goes ahead I’ll hopefully be competing as a B1 ski racer,” he said.

“I really look forward to testing my limits in that category as I go forward in skiing.

“(I’ll swap categories)as soon as possible really. I’m not too sure how much time I have left before my eyesight deteriorates.

“So the sooner I get into it is definitely the better and I really look forward to giving it a go in this domestic season.”