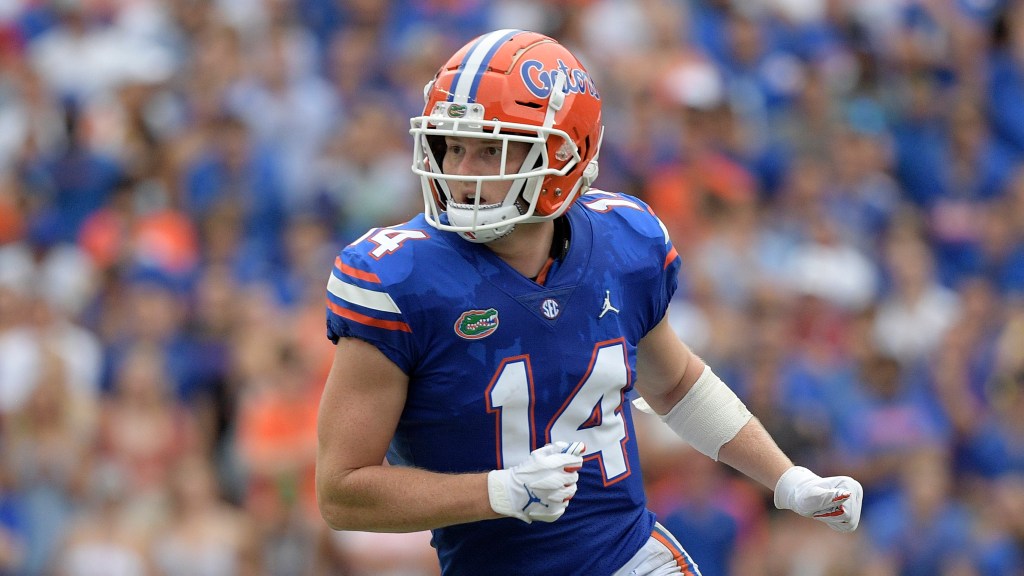 Florida’s first half against LSU on Saturday went about as poorly as one could imagine. After snatching an early 6-0 lead, the Gators surrendered it. LSU took a two-score lead, but a hail mary as time expired in made it a 21-13 game right before the half.

It was an ugly half of football, and a couple of key injuries made it even worse. Receiver Trent Whittemore left the game with a leg injury, and according to the Gainesville Sun’s Zach Abolverdi, it was wrapped in ice on the sideline.

Whittemore was trying to make a play on a ball that was thrown behind him, but he tipped it up and it was intercepted. He was slow to get up after the play.

He had no catches in the first half, but he did complete a 22-yard pass to quarterback Emory Jones on a trick play. Meanwhile, left guard Ethan White also left the game with an undisclosed injury and didn’t return, per Abolverdi. With White unavailable, Josh Braun is filling in at the left guard spot.

The Gators are struggling mightily in this game right now, and if they’re going to come back, it looks like they’ll have to do so while shorthanded.