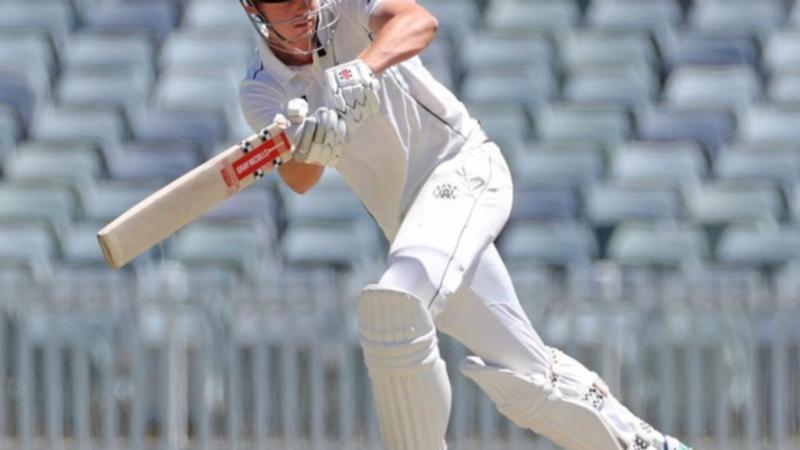 Star allrounder Cameron Green has recovered from being involved in two disastrous run-outs to lead Western Australia to a six-wicket victory in the Sheffield Shield clash with South Australia at the WACA Ground.

Chasing a paltry 121 for victory, WA were in trouble on Friday afternoon when Shaun Marsh’s run-out left them at 3-39.

Green had taken off for a run after hitting the ball to point, but a direct hit from Henry Hunt caught Marsh several metres short of the crease.

Then on Saturday, a horrible mix-up between Hilton Cartwright and Green saw both batsmen end up at the non-striker’s end.

Cartwright scrambled back and looked to have done enough to make up his ground, but he was given out.

Replays suggest he may have just got his bat over the line before the bails were taken off.

Green recovered from the setbacks to post an unbeaten 38no off 90 balls, and Josh Philippe cracked 31no off 38 balls as WA finished at 4-121.